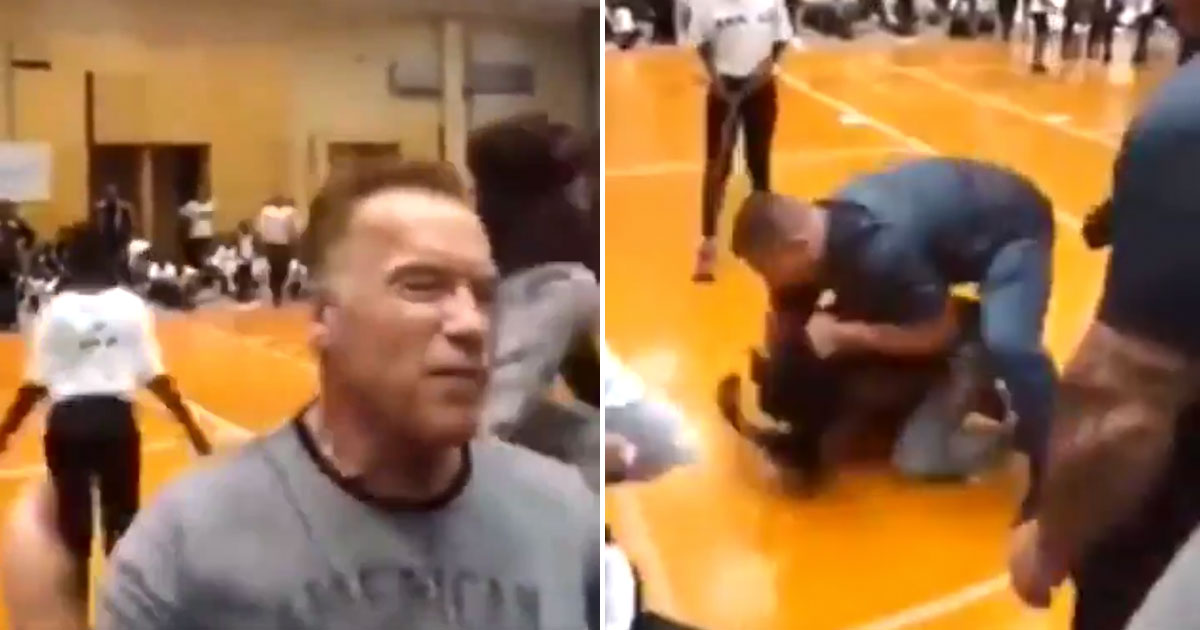 A bizarre video is quickly circulating the internet showing Arnold Schwarzenegger getting drop-kicked in South Africa.

Schwarzenegger was in Sandton Saturday (May 18) for a sporting event named after him, “the Arnold Classic Africa,” and while mingling with fans and taking photos, an unidentified man came out of nowhere and drop-kicked him from behind.

Arnold Schwarzenegger is still a terminator. He was not dropped. The lunatic actually injured himself ?? pic.twitter.com/rjQSPb209g

Arnold barely flinched, but the guy was quickly tackled by security and detained.

As he was being detained and removed from the facility, the man shouted “Help me! I need a Lamborghini!” three times … which makes absolutely zero sense.

Arnold Schwarzenegger got drop kicked in South Africa by a guy who screamed that he needs a Lamborghini after. WHAT pic.twitter.com/J5fM5or8Lx

Event organizers didn’t release the man’s identity, simply calling him a “crazed fan” who got too close.

Arnold reportedly told tans there was “nothing to worry about” and he didn’t even know he had been kicked until after he saw the video.

Apparently, he was more concerned about his Snapchat video more than anything, saying that he was glad the idiot didn’t interrupt his footage.

According to TMZ, Arnold currently has no plans of pressing charges.