Once upon a time, Tumblr was one of the hot, most-wanted platforms in social media.

Then Yahoo! acquired it and squeezed the juice and lifeblood from the promising platform. And then Yahoo! got sold to Verizon, and Tumblr along with it, and now it looks like Tumblr is in search of a new home once again.

DIS TEW MURCH: Someone Has Leaked a Maia Campbell Sextape! 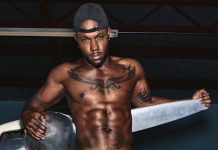