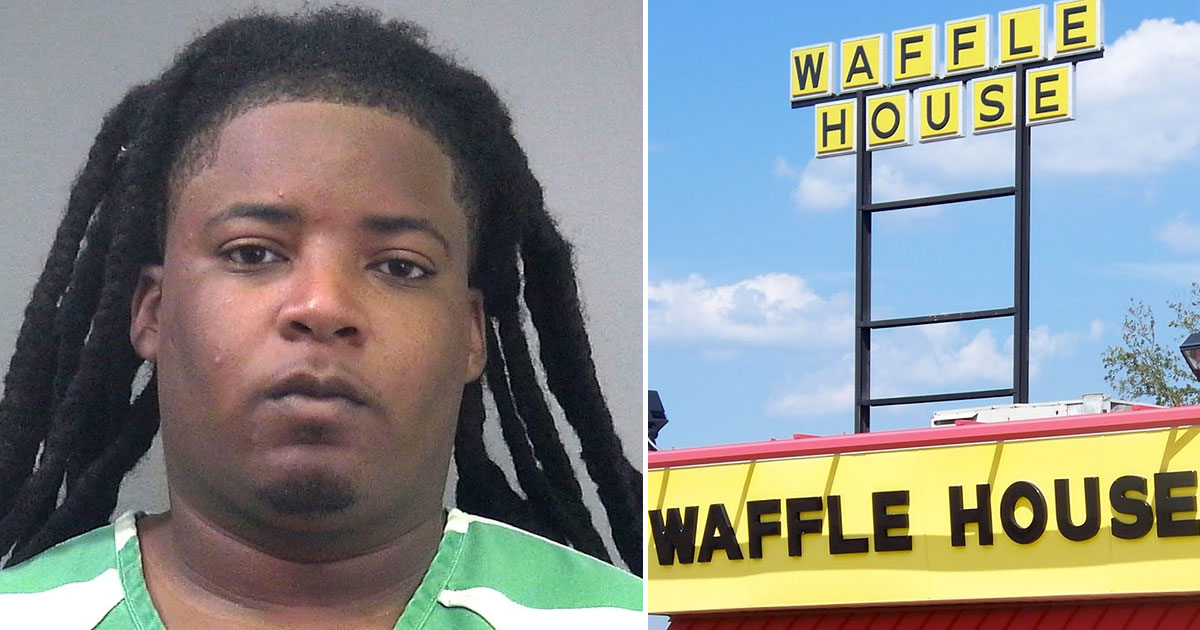 Police said a good Samaritan paying for people’s meals and handing out $20 bills at a Waffle House was shot and killed early Monday morning (Apr. 8) after getting into an altercation with a disgruntled woman.

25-year-old Ezekiel Hicks was charged with murder Sunday (Apr. 7) in the death of 41-year-old Craig Brewer, who was fatally shot at a Waffle House restaurant in Gainesville, Florida, just a few miles from the University of Florida.

Witnesses told police “that the victim was paying for meals and giving out money, and that devolved into a verbal and then physical altercation,” Lieutenant Brett Rhodenizer said.

According to The Gainesville Sun, Hicks reportedly confronted Brewer and started an argument with him after a woman he was with got angry because Brewer didn’t pay for her meal.

Hicks returned to the establishment, despite protests from a bystander, and started a fight with Brewer that resulted in Hicks shooting Brewer in the head.

“As the fight continued, the suspect took the handgun from his pants and shot Brewer in the head,” a statement from police said.

Officials said the encounter, which happened just after 3 a.m. Monday morning, was captured on surveillance footage (screenshot below). 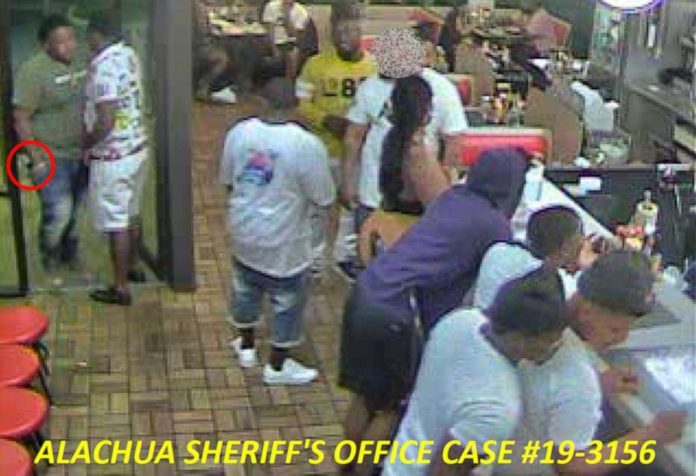 Prior to the shooting, deputies had already been called to the Waffle House to disperse a “large unruly crowd,” but when they got there, they witnessed a murder scene, Lt. Rhodenizer said, adding that the gun Hicks used was found at the scene.

Hicks was arrested near the restaurant and reportedly admitted to the shooting, police said. He’s being held without bail on charges of first-degree premeditated murder and carrying an unlicensed firearm, according to Alachua County Jail records.

Hicks has a criminal history that dates back to 2017 when he faced drug charges, but he avoided jail time after going through a pretrial intervention (i.e. PTI) program.

Waffle House Inc. spokesman Pat Warner said in a statement: “We are saddened by this tragic incident and right now, our first thoughts are with the victim’s family during this most difficult time.”