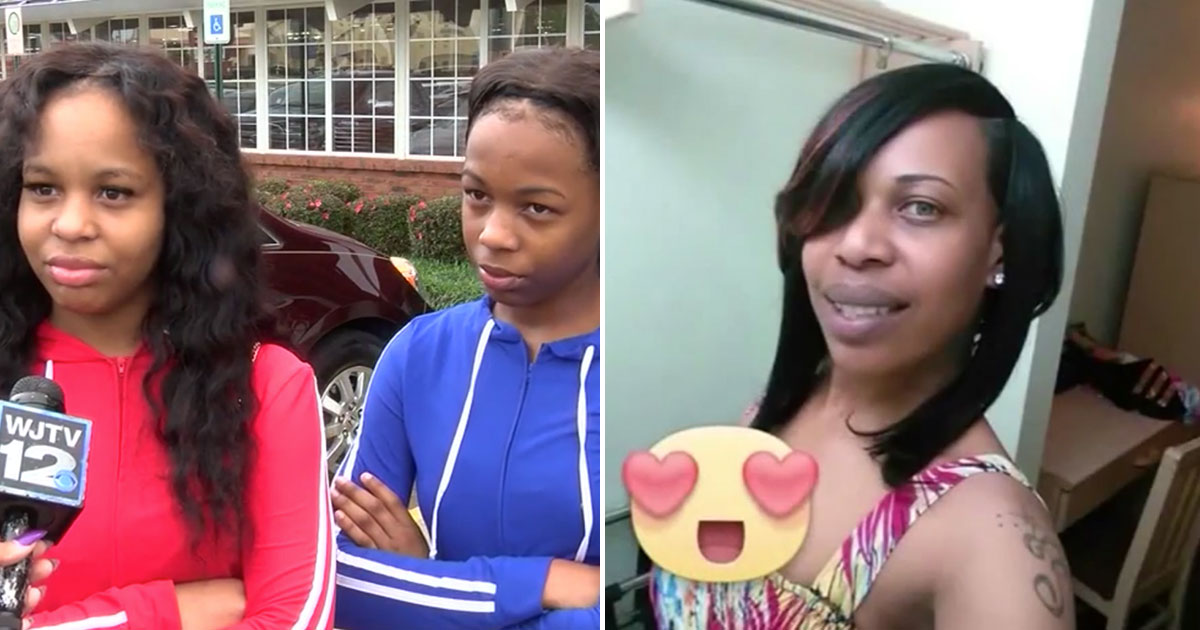 Two Mississippi girls who were arrested in connection with the murder of their mother say they are completely innocent.

32-year-old Ericka Hall was found dead outside her Magnolia, Missippi home in the early morning hours of Saturday, January 5th, 2019 after being shot and stabbed multiple times.

Hall’s two daughters—14-year-old Amariyona Hall and her 12-year-old sister, whose name has been withheld due to youth court laws—were taken into police custody and accused of their mother’s murder.

The Hall sisters spoke to reporters earlier this week and deny having anything to do with their mother’s tragic death.

When a reporter asked Amariyona Hall if she could take back what happened, she said yes.

Despite admitting to that, Amariyona Hall and her sister said they are not responsible for the death of their mother and that they were at an aunt’s home when it occurred.

Amariyona Hall also told reporters there was abuse taking place in the home where she and her sister lived. However, the Pike County Sheriff’s Department said it never received any reports of abuse.

Their father, Eddie Isaac, said he is still trying to get to the bottom of what happened the day Erika Hall died.

“It feels good to have them out. A lot of people don’t think they should be, but they are kids. It was a lot. We didn’t come to the bottom of it. There was a lot of stuff we didn’t know. But it’s coming out,” he said.

Children 13 and older accused of certain crimes are automatically charged as adults in Mississippi. Judges can transfer cases to youth court. District Attorney Dee Bates has said he would oppose a transfer.

Amariyona Hall’s attorney has said the defense will be based on a self-defense theory.

“I can tell you that I anticipate my client and her sister are both going to be defended on a theory of self-defense,” lawyer Greg Malta said previously.

Ebony Hall, Ericka Hall’s sister, said one of the girls tried to run over their mother in a car several nights before she was killed.

Pike County Sheriff’s Chief Investigator Chris Bell has testified that the girls confessed to planning the killing in advance, faking a knock at the front door to lure Ericka Hall from her bedroom.

The night of Ericka Hall’s murder, Amariyona Hall and her sister allegedly asked their neighbor for a ride as their mom lay wounded across the street.

Jeremy Lenoir told The Enterprise-Journal that his mom thought it was odd that Hall’s car lights were on at the time, and she tried calling out to the woman, but received no response, so she contacted Hall’s relatives.

“We rushed down the street to her daddy and her sister’s house, and when they came and drove down here, we found her on the other side of the car laid out,” Lenoir said.

Hall had a knife in her back, Lenoir said, and she looked like she had been struggling with her killer (or killers) before her death.

“When I went over there, she was laying on her back with both of her fists balled up, eyes open, so you could tell she was trying to fight them back,” Lenoir said. “That was a terrible sight. That messed me up, and to think that her kids did that.”

Lenoir said the girls were acting calm, but something seemed off about them.

“They seemed weird,” he said. “The girls, they came over here straight-faced, like nothing had ever happened.”

Ericka Hall, a single mother who worked nights at a chicken processing plant, also had 1-year-old and 16-year-old daughters.