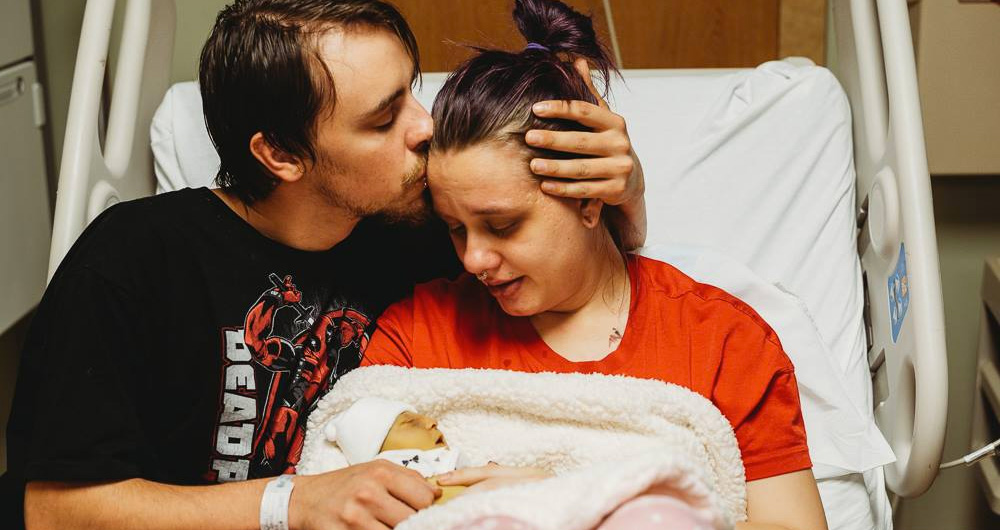 A mother who carried her dying daughter to term so that her tiny organs could be donated to other children in need called the situation “a huge heartbreak,” but also said she’s glad her baby was able to give “two other babies a second chance at life.”

At some point during her pregnancy, 23-year-old Krysta Davis and her boyfriend Derek Lovett were told by doctors that their baby girl had been diagnosed with a rare, fatal brain condition called anencephaly, which is described by the CDC as “a serious birth defect in which a baby is born without parts of the brain and skull.”

Instead of terminating her pregnancy, Davis decided to carry her daughter to term because doctors said that if the baby made it, she could save the lives of other children through organ donation.

Davis and Lovett’s daughter, Rylei Arcadia Diane Lovett, was born on Christmas Eve and was only given 30 minutes to live.

“It was definitely shocking,” Davis told People magazine. “It was a huge heartbreak knowing that we’d miscarried previously and were having complications with this pregnancy. It was really hard to take in.”

But instead of living for only 30 minutes, Rylei defied the ods and lived for an entire week, a welcome gift to her parents.

“Having a week with her was more than we could have ever expected or imagined,” Davis told People. “We were able to fit an entire lifetime of love into that one week with her that wasn’t promised to begin with. She just smiled the whole time. She was such a good baby.”

Despite Rylei’s short life, she will be able to help other children. Her heart valves were given to two children and her lungs were donated to a research hospital, People reported.

“No matter how she was ‘different,’ she was the most beautiful little girl in the world to me,” Davis wrote in a message on Facebook. “Even when she came out with her little face all bruised up from coming out star-gazing. I miss you, little frog.”

“It’s been really hard coming to terms with the fact that she’s really gone. But it’s also been a great month that we’ve got to share her story,” Davis told . “It’s helped a lot to be able to help other women in our situation, and hear their stories. It warms our hearts to know that [Rylei’s life] will give two other babies a second chance at life.”