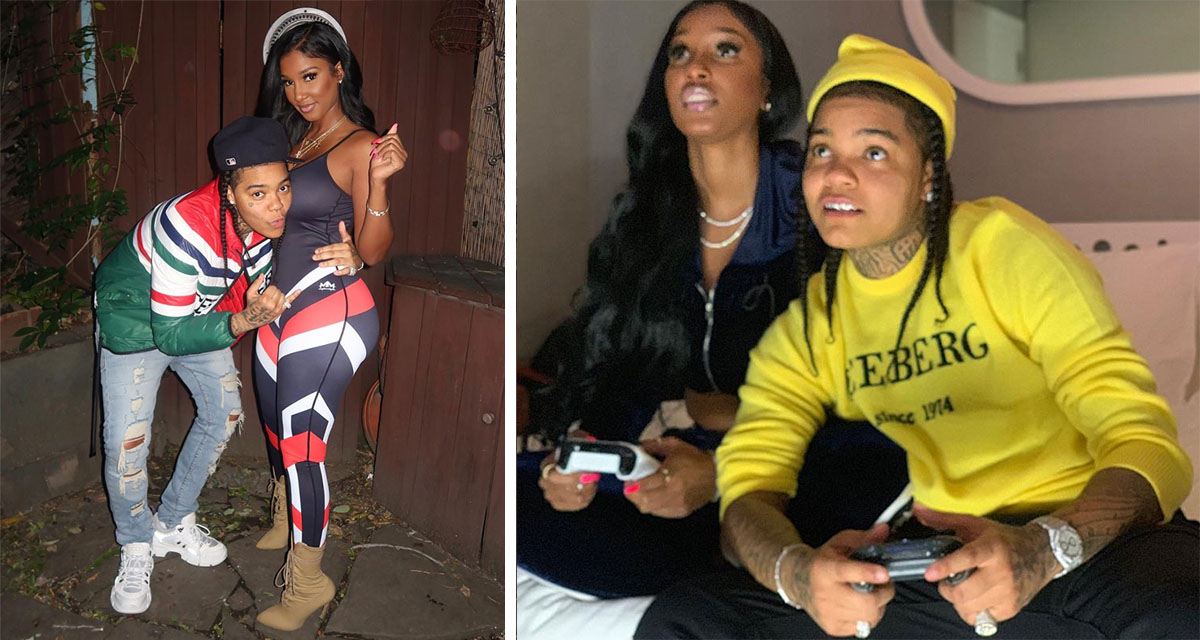 After crashing into the pop culture consciousness via an Instagram post that showed the very married T.I. smacking her ass, Bernice Burgos was put on many people’s “DO NOT LIKE” lists from the jump.

This scarlet letter she received for being perceived as a mistress and a homewrecker was something she complained about publicly, like in this 2017 interview with The Breakfast Club. But honestly, once Tip and Tiny patched things up their marriage, Bernice fell off of most people’s radars.

Well, in 2019, it looks like Bernice Burgos is ready to pull a Mimi Faust, because new pictures have emerged on both her and rapper Young M.A.’s Instagram accounts that show the two of them getting friendly and cozy.

First up, Young M.A. refers to Bernice as her Valentine’s Day “chocolate.”

Bernice follows up by showing off her gamer side, as she and Young M.A. gleefully throw down while playing video games. (Update: Bernice has since deleted the photo, but here’s a screenshot.) Beyond the two posts, there isn’t really much to go on. So there is the possibility that they’re “just friends,” but given Bernice’s track record of “friendships,” my hunch is that she’s letting Young M.A. mow her lawn, trim her hedges and shampoo her carpet.

But hey, live and let live. If Bernice makes Young M.A. happy, more power to her. She just needs to pursue a better come-up strategy with Young M.A. than the one that she rolled out with T.I., cause that really blew up in her face and did her no favors.