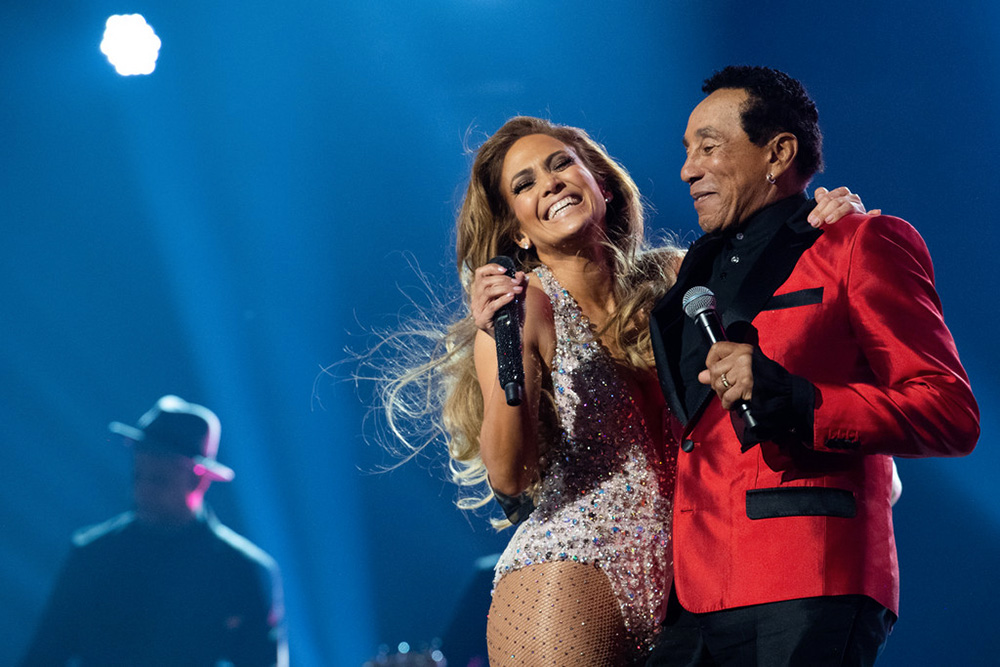 When Jennifer Lopez was announced as the headlining performer for the Grammys’ Motown tribute, folks naturally scratched their heads and collectively asked: “How Sway?!?”

When she finally took the stage Sunday night (Feb. 10) at the 61st annual Grammy Awards in Los Angeles to perform, she did her thing, yet, something was still… missing.

Twitter took notice and basically said, “Nah, sis, that wasn’t it” as they roasted the hell out of her for “Jentrifying” a Motown tribute.

I mean, she did have Ne-Yo and Smokey Robinson with her (they came out near the end), but something just didn’t seem right about having a Latina woman with limited vocal abilities performing a whole ass tribute to legendary Motown artists.

Regardless… Twitter was clearly NOT here for J.Lo’s Jentrified Motown tribute.

Peep some of the best and most hilarious responses below:

The #GRAMMYs hello… Hi… What the heck was that?!? That was all about Jlo and that performance was about her dancing. That was NOT about Motown at all.
Neyo as a Motown artist didn't even get his shine and fair time!
This was wack tribute ?? pic.twitter.com/bdRHydYbAj

JLo was really up there doing the salsa to MOTOWN……… MOTOWN #Grammys pic.twitter.com/LjhFxWlIBs

“Chile, they got Jenny from the Block up here singing my mama’s songs!” pic.twitter.com/ILmCnCj0vl

Why is Jennifer Lopez in the Motown tribute? I’m suing pic.twitter.com/JC4IHG9q1n

Jlo doing all that shaking and gyrating during black history month on THIS land pic.twitter.com/QDnnLggZ5N

Teena Marie when she heard Jennifer Lopez' miserable attempt at singing "Square Biz" during that Motown tribute at the #GRAMMYs pic.twitter.com/8AwddWEqo5

No shade, JLo is truly a great artist, but let's be real, this wasn't her performance to give. Plenty of other black artists could have been given this platform and moment and we need to acknowledge that. #GRAMMYs

J Lo dancing, all those dancers and theatrics that’s not MOTOWN. I don’t care what anyone says. The Grammys could’ve found a better artist(s) to do that tribute

I’ll never understand why they didn’t choose someone Black for a MOTOWN tribute. #Grammys pic.twitter.com/MmiGvIZRam

Anyone else confused why J.Lo is doing a Motown tribute or nah? #GRAMMYs pic.twitter.com/hWrAbGKAwZ

Ciara didn’t want to level up on stage?

HOW did we get to the point where someone thought a J Lo Motown tribute was ok during #BlackHistoryMonth?

“Hello, 911…I would like to report a fraudulent Motown Tribute at the #Grammys…” pic.twitter.com/6dOyzdAjrN