GOSSIPONTHIS.COM News Nurse Who Saved N.C. State Trooper Who Was Shot in the Face... 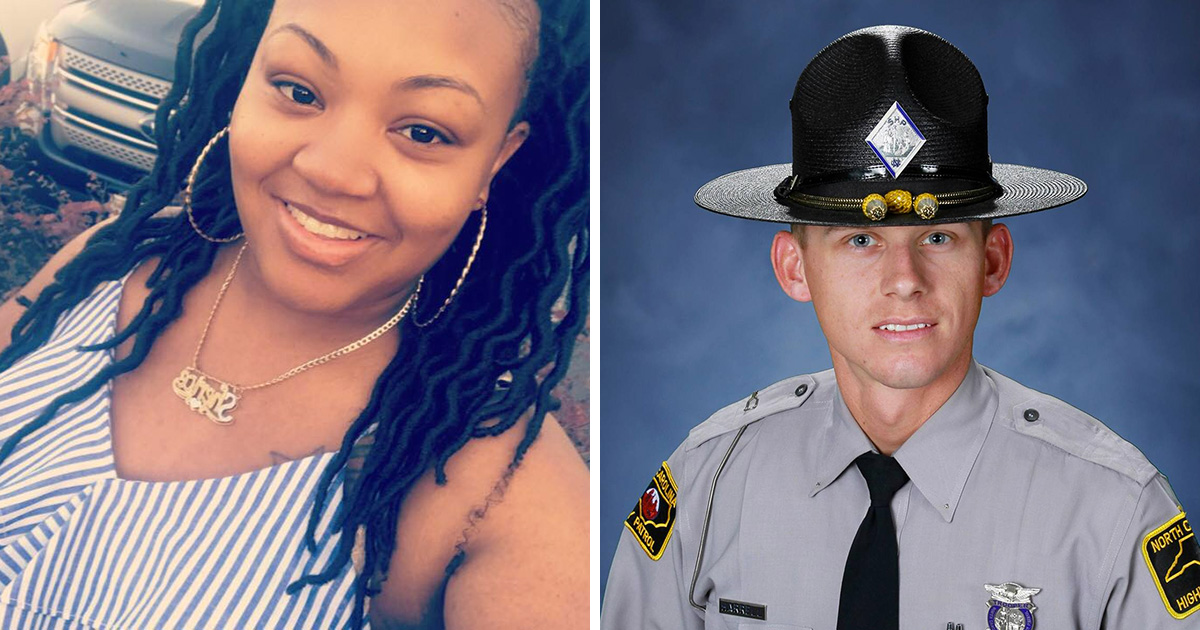 As a registered nurse, it’s 28-year-old Sherice Richardson’s job to save lives, and she’s being hailed as a hero for doing just that after coming across a North Carolina state trooper who was suffering from a serious gunshot wound.

Law enforcement officials are praising Richardson for performing life-saving measures on an injured state trooper who had been shot in the face.

The incident reportedly happened last Monday (Jan. 14) when Sherice was driving to pick up her daughter from daycare and noticed flashing lights coming from the side of a road in Wilson County.

When she pulled over, she saw that the officer, later identified as Trooper Daniel Harrell, had been shot and was bleeding profusely.

“I left the house at about 5:15 and I go on some country roads,” Richardson said. “I was going around the curve, passing blue lights and so I slowed down some more, then I got out of the car that’s when I seen the bullet holes in the windshield.

Fortunately for Trooper Harrell, Richardson is a registered nurse and knew exactly what to do to stop him from bleeding to death.

“He had gauze in his car so I instructed another bystander to put pressure on his face while I was on the phone with EMS,” she said. “He was able to hold it himself actually and I sat there and comforted him.”

Richardson said she waited with Harrell until an ambulance arrived.

“It was weird,” she said. “You’re sitting here with someone that is supposed to protect you and he’s down but you’ve got to do something. I’m just thankful. I had him in my prayers. I’m just grateful he made it out so fast.”

“God put me on that road for a reason at that time,” said Richardson.

Officer Harrell was released from the hospital on Wednesday (Jan. 16).

Three men have been charged for the shooting. 36-year-old John David Jones was charged for being the trigger man and two other men with him were charged with possessing a stolen vehicle.

Jones was formally charged with assault with a deadly weapon with intent to kill inflicting serious injury and assault on a law officer and was taken into custody by the Wilson County Sheriff’s Office and the Highway Patrol. His bond was set at $1.02 million.