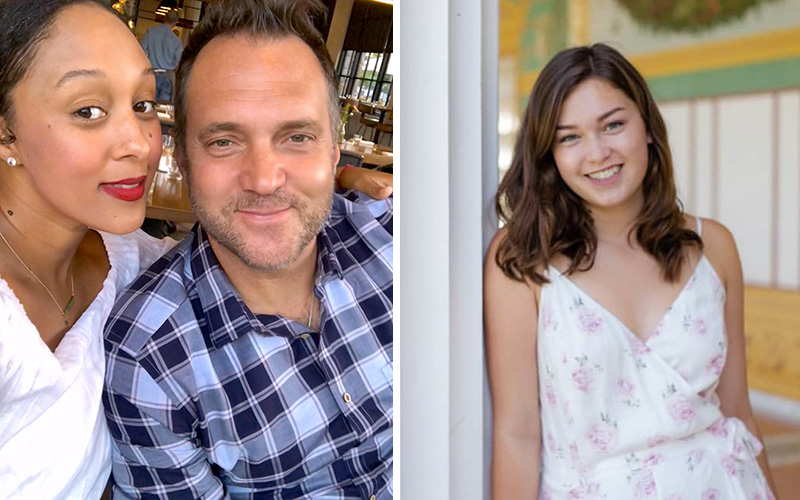 Alaina. My sweet, sweet Alaina. My heart breaks. I’m still in disbelief. It’s not fair how you were taken and how soon you were taken from us. I was blessed to know you ever since you were 5. You stole my heart. I will miss our inside jokes, us serenading at the piano. Thank you for being patient with me learning how to braid your hair, and I will never forget our duet singing the national anthem at Napa’s soccer game. I love you. I love you. I love you. You are gonna make one gorgeous angel. My heart and prayers are with every victim of this tragedy.

UPDATE (3:33 P.M. ET): Tamera Mowry-Housley has confirmed that her 18-year-old niece Alaina Housley was one of the victims in the mass shooting that happened Wednesday night (Nov. 7) in California.

Tamera said in a statement released to the media: “Our hearts are broken. We just learned that our Alaina was one of the victims of last night’s shooting at Borderline Bar in Thousand Oaks.”

She continued: “Alaina was an incredible young woman with so much life ahead of her and we are devastated that her life was cut short in this manner.”

Tamera Mowry-Housley and her husband Adam Housley are asking for answers and prayers via social media as they frantically search for their missing niece following the mass shooting at Borderline Bar & Grill in Thousand Oaks, California Wednesday night (Nov. 7).

According to a tweet sent by Alaina’s friend Ashley, Alaina was the only girl out of their group of friends unaccounted for after the shooting.

Ashely this is her aunt Tamera Mowry Housley. Can you please DM me your information?

Tamera responded to the tweet saying, “Ashley this is her aunt Tamera Mowry Housley. Can you please DM me your information?” Ashley replied, saying that she’s been in contact with Alaina’s uncle (Tamera’s husband Adam) and so far there’s nothing new to report.

I've been in contact with Adam, unfortunately there's nothing new to report at the moment

Tamera’s twin sister Tia wrote on Instagram along with a photo of them at Tamera’s wedding in 2011: “Alaina Housely we are praying. We love u! If you know anything or any information please let us know. We love you!”

Adam Housley later asked his 100,000 Twitter followers for prayers. “Please pray if you believe…pray,” he wrote. When a follower asked what to pray for, Housley wrote: “My niece. A beautiful soul.”

Please pray if you believe….pray.

My niece. A beautiful soul. https://t.co/HKXEWVbRV3

When actress Holly Robinson Peete asked Adam if his niece had been found, he responded “No” with a praying hands emoji. Hours later, another follower asked if Housley had heard anything about his niece, to which he responded, “Nothing.”

Adam, a former Fox News correspondent, told the Los Angeles Times that he went looking for Alaina at a Los Robles Regional Medical Center around 3:30 a.m., but guards wouldn’t let him in because the facility was on lockdown.

Alaina’s family members were able to track her Apple Watch and iPhone, both of which showed her location at the bar, leading them to fear the worst.