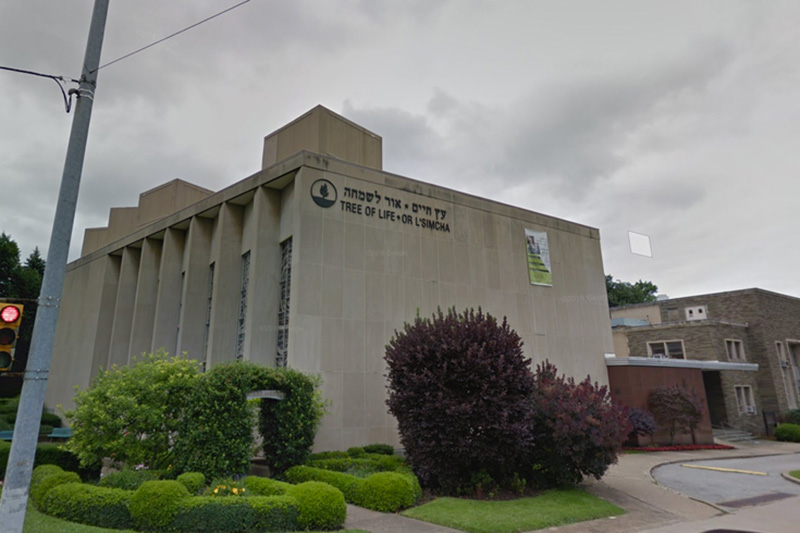 At least two officers were also shot during the incident at Tree of Life Congregation. The shooter, later identified as 48-year-old Robert Bowers, surrendered and was taken into custody.

#BreakingNews Reports of an active shooter in a synagogue in Squirrel Hill. Huge police presence pic.twitter.com/vodOAuEBsu

According to police, the shooter walked into the synagogue and said “All Jews need to die.” When cops arrived, the gunman started shooting at them.

outside of tree of life synagogue in pittsburgh. can hear multiple shots. police urging people to get away. pic.twitter.com/PAZlYKbywJ

Bowers was reportedly armed with an AR-15 and three handguns.

The initial 911 call was made around 9:54 a.m. and officers arrived on the scene within a minute. Two officers observed Bowers carrying an assault-style weapon, and he then opened fire on the two cops before retreating back into the building.

One of the officers suffered a gunshot wound to the hand while the other officer suffered several abrasions to his face from shrapnel and broken glass.

Pittsburgh SWAT officers arrived on scene, formed a small team and entered the building. Upon entering the building officers observed the devestation. SWAT medics carried two victims, one male and one female, outside of the building. The victims were transported to UPMC Presbyterian Hospital for treatment.

Bowers was injured in the exchange of gunfire. After being taken into custody, the suspect made statements to an officer that he wanted all Jews to die and also that Jews were committing genocide on his people, according to authorities.

It is believed that Bowers acted alone.