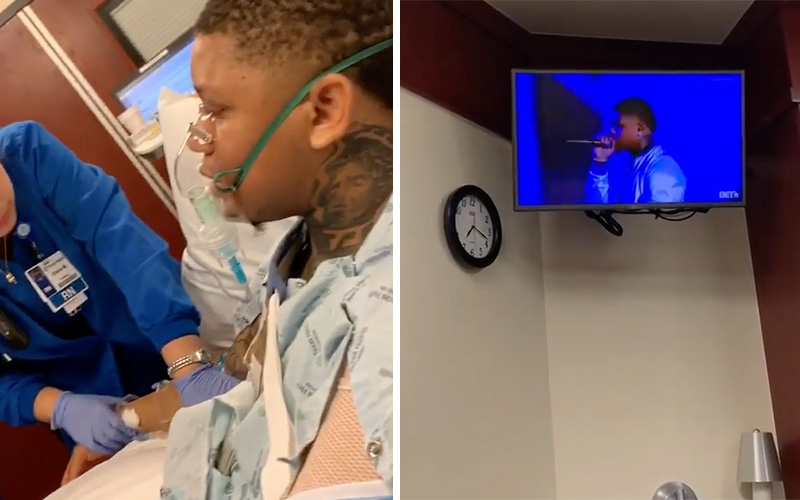 Being in the hospital didn’t stop Yella Beezy from watching himself perform his breakout hit single “That’s On Me” Tuesday night (Oct. 16) at the 2018 BET Hip Hop Awards.

Video footage has surfaced showing the rapper lying in a hospital bed with an oxygen mask over his mouth to assist with his breathing while being tended to by nurses.

Across the room, the BET Hip Hop Awards are playing on the TV, and the rapper excitedly informs the nurses that he’s the artist performing on the screen. Surprised, they ask him questions about the show, which was pre-recorded from Miami last Saturday (Oct. 13)—just one day before he was shot.

The Dallas rapper appears to be on a good road to recovery after being shot early Sunday morning (Oct. 14). As we previously reported, Beezy was shot at 12 times during a drive-by on the Sam Rayburn Tollway in Lewisville, Texas.

RELATED: Yella Beezy Hospitalized After Being Shot at 12 Times in Highway Drive-By Shooting

Beezy was reportedly hit at least three times in the shooting. He was rushed to the hospital in critical condition, but as you can see, he’s now alert and talking. A previous report said he had been discharged from the hospital, per info from police, however, he’s apparently still in the hospital (possibly at a different one).

Aside from the shooting, Yella Beezy has had a pretty good 2018. “That’s On Me” put him on the map as a rapper and he got the chance to open up for Beyoncé and JAY-Z’s “On the Run II” tour stop in Arlington, Texas.

Watch Yella Beezy perform “That’s On Me” at the 2018 BET Hip Hop Awards below: 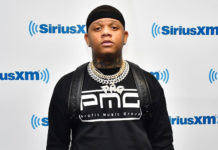 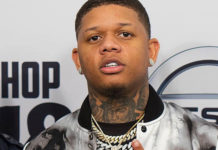