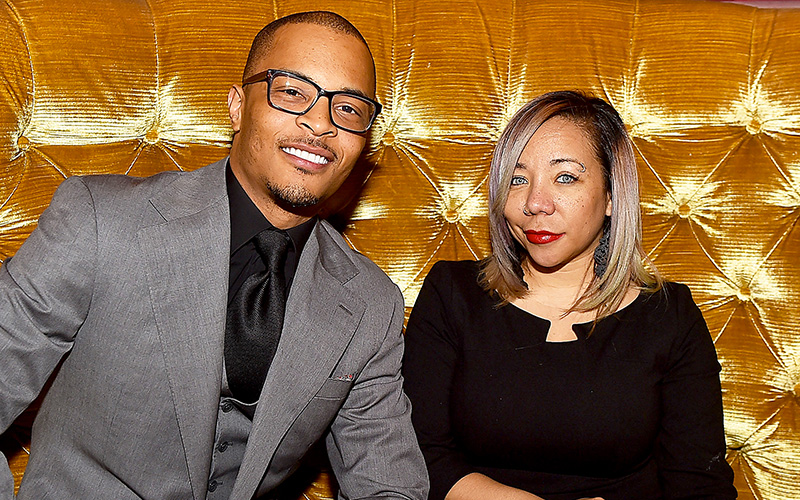 T.I. and Tiny are returning to your TV screens, and this time, they’re bringing along their family AND their friends.

It’s been speculated for weeks that the Hip Hop couple would be rehashing their former “Family Hustle” VH1 reality series, which ended after six seasons after Tiny filed for divorce, and it looks like the rumors were true.

Since Tip and Tiny are reportedly back together, they’re bringing the show back with a new name: “T.I. & Tiny: Friends & Family Hustle.”

“They are the lovable first family of VH1,” Nina Diaz, VH1’s head of head of unscripted shows, said of the Harrises back in May 2017 when the series’ highly rated final season, which drew 2.2 million viewers, was coming to a close.

Asked back then whether there could potentially be a follow-up or spinoff series in the near future, Diaz was optimistic. “We want to continue to be in business with Tameka and Tip,” she told Deadline. “We love them, and we love all of the kids. We love what they have shared and what they stand for and we would love to continue to see what evolves and develops.”

T.I. & Tiny: Friends & Family Hustle will showcase everything from complicated marriages and young love to health scares and past baggage to Tip and Tiny working to keep their family together.

As they are returning to reality TV, the hip-hop family brings with them some other Atlanta stars, including Monica Brown, Letoya Luckett and Antonia “Toya” Wright with her daughter Reginae Carter. This group of loyal friends will support one another as they navigate the complex terrain of juggling family while building their empires.