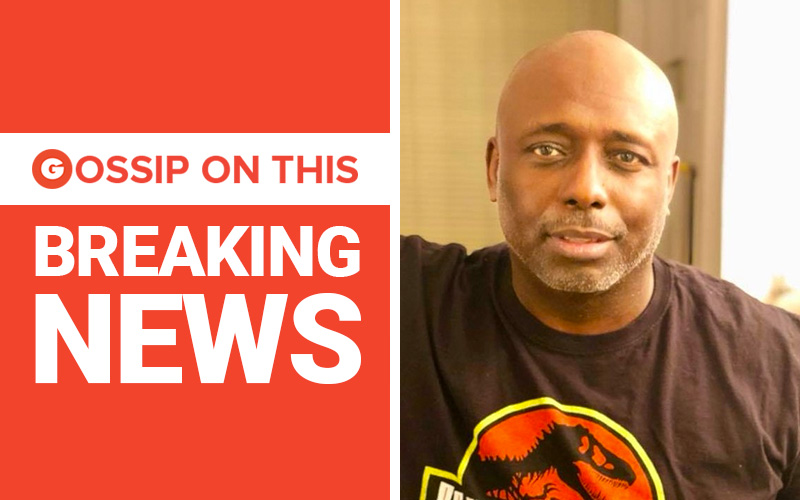 The Florence, South Carolina cop who was killed in the line of duty today in an active shooter situation has been identified by officials as Officer Terrence Carraway.

Officer Carraway, along with six other cops, was shot Wednesday evening (Oct. 3) during a confrontation with a man who was holding children hostage. City of Florence spokesman John Wukela confirmed to the Associated Press that Carraway had died. He was 52 years old.

The conditions of the six other wounded officers haven’t yet been released, though Florence Mayor Stephen Wukela said that some of the officers are in “serious condition,” and the Florence County Sherriff’s Office said two of the officers were described as “touch and go.” A female officer was among those who were shot, FCSO officials said.

Officials said Officer Carraway had just celebrated 30 years with the Florence Police Department, and today had been a “horrific day” for the community.

“I want you to pray for the family who lost the bravest police officer I have ever known,” Florence Police Chief Allen Heidler, visibly emotional, told reporters at a press conference.

Here’s what you need to know about Officer Terrence Carraway and the shooting:

1Officer Terrence Carraway, an Oakland Raiders fan and former football coach, was described as a good family man and a “positive officer.”

Immediately after Officer Terrence Carraway was ID’d as the cop who was killed in the shooting, tributes started pouring in via social media, with many remembering him as a “good man” who was well-respected, loved and appreciated by those who knew him.

“Please pray for the Carraway Family!” a woman named Melissa Hardwick Welch wrote on Facebook. “As well as all the other officers fighting for another day to serve. Officer Carraway served his community to the fullest, his service and love for others will not go unnoticed.”

A man named Bruce Williams wrote: “My heart and prayers go out to the officers. My heart is full at this time. To Officer Terrence Carraway’s family, he was a very positive officer that looked out for many people in Florence. He was fair to everyone and an awesome man. RIP Officer Carraway.”

The Copperheads LE/MC Pee Dee Chapter, a bike club in South Carolina described as a nonprofit organization “with the sole purpose of supporting our brothers in law enforcement and military,” shared on Facebook that the group was planning a ride in honor of Officer Carraway.

“If you have a bike join our Chapter and many other clubs riding in Sgt. Terrance [Carraway’s] procession to honor his life and sacrifice,” the group wrote on Facebook. “Officer Carraway was one of the 5 officers shot today in Florence. Thank you Sir and rest easy brother.”

Carraway used to coach football years ago and was a huge fan of the Oakland Raiders, according to Heavy.com.

“This is simply devastating news from Florence,” Gov. McMaster wrote. “The selfless acts of bravery from the men and women in law enforcement is real, just like the power of prayer is real… I ask that you pray for them, pray for their recovery, pray for their families, and pray for all of Florence.”

“Prayers with injured officers in Florence and their families,” Sen. Scott tweeted.

Prayers with injured officers in Florence and their families.

President Donald Trump also tweeted about the shooting and offered his “thoughts and prayers” to the Florence County Sherriff’s Office and the Florence Police Department. “We are forever grateful for what our Law Enforcement Officers do 24/7/365,” he said.

My thoughts and prayers are with the Florence County Sheriff’s Office and the Florence Police Department tonight, in South Carolina. We are forever grateful for what our Law Enforcement Officers do 24/7/365. https://t.co/ZwDmDthItD

2The shooting suspect surrendered to police and is in custody. He was later identified as 74-year-old Fred  Hopkins, a disbarred lawyer and Vietnam Veteran. A motive hasn’t been released.

Florence County EMA: The active shooting situation is over and the suspect is in custody. We are asking everyone to stay away from Vintage Place as there is still an active crime investigation in progress. https://t.co/HfH25XhkSo

Around 5 p.m. on Wednesday (Oct. 3) reports came in of three sheriff’s deputies and two city of Florence police officers being shot during an active shooter situation. It was later confirmed that seven officers in total, three deputies from the Florence County Sherriff’s Office and four officers from the Florence Police Department, had been shot.

Due to a high priority call in Vintage Place off of Hoffmeyer Rd in FLORENCE. There is an active shooter incident in progress at this time. We are advising everyone to stay away from this area. We have FCSO along with City PD and other first responders handling this situation. pic.twitter.com/qvpYJPIAZk

Sheriff Kenney Boone said during a press conference: “Fire was being shot all over. The way the suspect was positioned, his view of fire was several hundred yards. So he had an advantage and the officers couldn’t get to the ones that was down.”

“City of Florence Police Department responded to an incident in support of Florence County Sheriff’s Deputies. They took fire and several officers were wounded, some seriously. The incident has now concluded with the suspect in custody. Mayor Wukela will issue a statement at a later point.”

Around 6 p.m., the Florence County Emergency Management dispatch released an update via social media that the suspect was in custody, writing: “The active shooting situation is over and the suspect is in custody. We are asking everyone to stay away from Vintage Place as there is still an active crime investigation in progress.”

****Major Update****
The active shooting situation is over and the suspect is in custody. We are asking everyone to stay away from Vintage Place as there is still an active crime investigation in progress. pic.twitter.com/1OImJOjqXS

Authorities said the shooting happened as sheriff’s deputies were attempting to serve a warrant at Vintage Place, an upscale neighborhood in the western part of the city, around 4 p.m.

The wounded deputies had to be removed using a bulletproof vehicle, Major Mike Nunn, with the Florence County Sheriff’s Department, said.

The shooter was later identified as a 74-year-old disbarred lawyer and Vietnam veteran named Fred Hopkins. He’s in custody at McLeod Regional Medical Center and hasn’t talked to police because he’s recovering from a head injury he suffered after falling during the shooting incident.

Florence is a small town about 70 miles north of Myrtle Beach with a population of about 37,000 people.

Rep. Terry Alexander, who represents parts of Florence, released a statement saying: “It’s just a very sad situation. We have got to do something about these guns. We should also remember to be calm and let the process take place. Let’s see what our magnificent law enforcement officers come up with to make sure that our people are safe, especially our children. I am in prayer for all six families who are hurting right now, including that of the shooter.”