GOSSIPONTHIS.COM Pop Culture Sky From “Black Ink Crew” Shares Photos With Both of Her Sons... 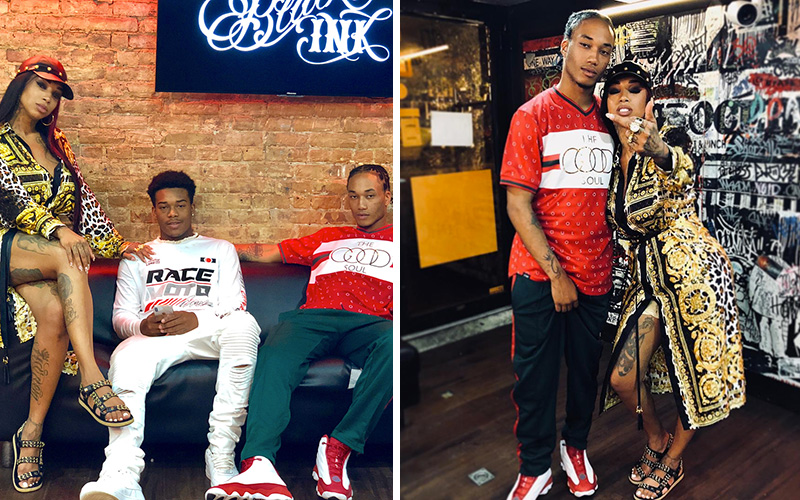 On last season’s “Black Ink Crew,” we all watched as Sky attempted to reconnect with her two sons Des and Genesis after giving them up for adoption years ago when they were little boys.

While her relationship with her youngest son, Des, has grown a lot since then, we all saw what happened when she tried to make things right with her oldest son, Genesis, on multiple occasions. It was bad, real bad, Michael Jackson.

When things didn’t work out, and after lots of tears and hurtful words, Sky decided to let Genesis heal on his own before trying to be a part of his life, which obviously was a hard decision for her.

But it looks like everything is all good with them now because Sky posted a series of photos on Instagram of her with her two boys in the “Black Ink” shop in New York City. “Complete… #UsNevaThem,” the proud mama captioned the photos, along with a heart emoji.

Des also shared a couple of photos of him with his mother and brother, as did Genesis.

I’m so happy for Sky and her sons, especially Sky and her “twin” Genesis. I had a feeling they would mend their broken relationship off camera, which was probably for the best.

Hopefully, we’ll get to see more from their family reunion when Black Ink Crew premieres next month on September 19th!