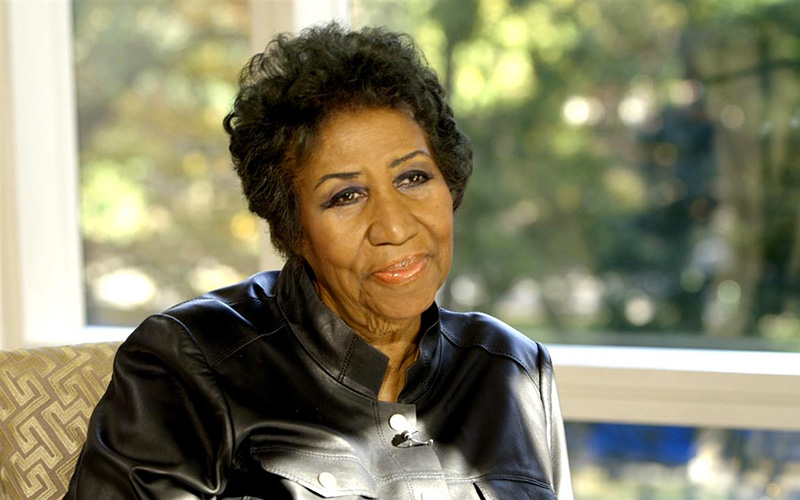 Amid news reports that Aretha Franklin is “gravely ill” with cancer, her nephew says she is in good spirits and she and the family are hoping she’ll “pull through.”

Tim Franklin tells PEOPLE that his aunt is “alert, laughing, teasing, able to recognize people.” He said, “Family is there with her. She’s home.”

Tim said he saw her last week and was doing fine. “I saw her a week ago Friday and we talked for about 45 minutes to an hour. My brother was there on Saturday and she was alert, talking, laughing, joking,” he explained. “She’s watching TV, so God forbid she sees all of this ‘Aretha’s dead,’ so I don’t want to dampen her spirits on that.”

Citing doctors, TMZ reported Monday (Aug. 13) that Franklin was on her deathbed and wouldn’t make it to Tuesday. Well, today is Wednesday and Aretha Franklin is still with us, and her family is choosing to remain hopeful. Tim says that while his aunt “is sick,” their family is “trying to keep her spirits up and go from there.”

While her loved ones are remaining hopeful, CNN reported late Monday that the Queen of Soul is in hospice care.

Detroit news anchor Evrod Cassimy, who has been in touch with Franklin’s family, described the singer as being “surrounded by friends and family” Monday and said that Franklin was “asking for your prayers at this time.”

Stevie Wonder and Jesse Jackson are among the stars who have visited Franklin at her home in Detroit, Michigan over the last few days, her publicist Gwendolyn Quinn confirmed to AP.

Mariah Carey tweeted that she was “praying for the Queen of Soul,” and Beyoncé dedicated her and JAY-Z’s sold out concert Monday at Ford Field in Detroit to Franklin.

Praying for the Queen of Soul ?? #ArethaFranklin pic.twitter.com/5cfNPrQrq3

After performing the opening song with Jay-Z, Beyoncé said: “This show is dedicated to Aretha Franklin,” while also saying, “We love you and thank you” #OTII #Detroit

Aretha Franklin has battled with health problems and weight throughout her life, and was diagnosed with an “unspecified illness,” widely reported to be pancreatic cancer, in 2010.

Shortly afterward, Franklin canceled a string of live shows, but didn’t confirm the diagnosis. She had a comeback tour in 2011, but was forced to cancel several of those shows due to an undisclosed medical condition.

On Monday, a source close to the singer confirmed with the Associated Press that Franklin is “seriously ill” but declined to elaborate on her condition or the severity of her sickness.

“She has been ill for a long time,” a longtime friend previously said, according to PEOPLE. “She did not want people to know, and she didn’t make it public.”