GOSSIPONTHIS.COM Celebs Aretha Franklin Is on Her Deathbed, Doctors Say She “Will Pass” Within... 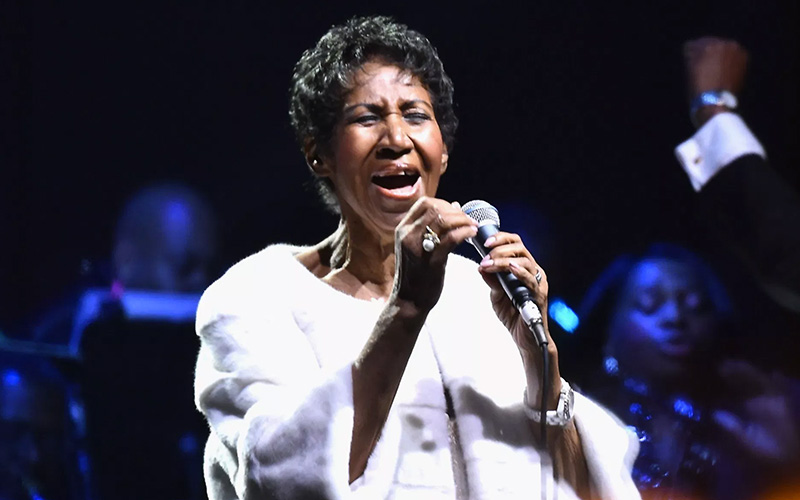 UPDATE: TMZ is reporting that Aretha’s family has been told by doctors that today (Monday, August 13th) is the day “Aretha will pass.”

Prayers up for Aretha Franklin. According to multiple reports, the Queen of Soul is “gravely ill” and is “asking for your prayers at this time.”

The sad news came from Roger Friedman from Showbiz411 as well as a report from a news anchor in Aretha’s hometown of Detroit.

WDIV Morning Anchor Evrod Cassimy shared on Twitter this morning: “I am so saddened to report that the Queen of Soul and my good friend, Aretha Franklin is gravely ill. I spoke with her family members this morning. She is asking for your prayers at this time. I’ll have more details as I’m allowed to release.”

BREAKING NEWS: I am so saddened to report that the Queen of Soul and my good friend, Aretha Franklin is gravely ill. I spoke with her family members this morning. She is asking for your prayers at this time. I’ll have more details as I’m allowed to release.

TMZ reported Monday morning (Aug. 13) that Franklin’s friends and family were preparing to say their final goodbyes to her, as she is dying from cancer.

A source very close to Aretha and a longtime dear friend tells TMZ he was told a week ago, “Prepare yourself, she’s dying.” The source adds Aretha was down to 86 pounds and her health was failing. The source says 2 weeks ago everyone in Aretha’s circle was told “she could go any time.”

Another source — someone who has been close to Aretha for decades — tells TMZ she has been battling cancer.

Franklin, who is 76, has been in poor health as of late. She has continued performing, but on a limited basis, with her most recent performance being nearly a year ago last November at an Elton John AIDS Foundation event.

It is no secret that Franklin has struggled with weight, alcohol and was a heavy smoker. She gained and lost weight, quit smoking, and in 2011 canceled a concert tour to have a surgery that was rumored to have been to remove cancerous tumors.

While she never confirmed the diagnosis, a year later in 2011 she had a comeback concert but the comeback doesn’t last as over the next few years, she canceled a number of gigs to deal with an undisclosed medical condition.

She told the Associated Press in 2013 that she had a “miraculous recovery” and was “85%” healed.

Franklin has been a victim of declining health rumors for the past several years, but it sounds like this latest story has some credibility behind it. At one of her last concerts, a show in Detroit at an outdoor venue, she reportedly said to the audience to “keep me in your prayers.”

Although Franklin has declined to identify her illnesses, all three of her siblings have died from cancer: her brother Cecil in 1989 from lung cancer, her sisters Carolyn from breast cancer in 1988 and Erma in 2002 from throat cancer.

Franklin has the third-most Grammy Awards for any female artist in history. In an interview with Rolling Stone last year, she said that would be her last year performing and touring, but she planned to go into the studio and make music with “her old pal Stevie Wonder.”

Franklin told Rolling Stone, “Of course, several of the songs are going to be produced by Stevie. There’s only one Stevie, right?”

Earlier this year, Franklin said she wanted Jennifer Hudson to portray her in a biopic after Halle Berry turned down the role.