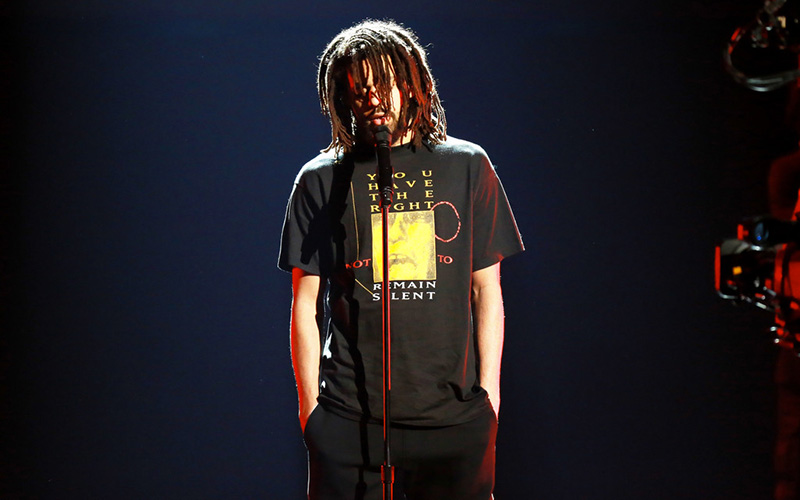 J. Cole opened up the 2018 BET Awards with a lyrical monsoon.

At the beginning of the performance, Wale appeared on the screen sitting in a living room watching TV with a beer by his side. Moments later Cole popped up on the stage and performed “Friends” from his recent album KOD.

Cole, who was joined by singer Daniel Caesar, also included a group of young kids in his performance, who brought out a nicely put together choreographed dance.

The performance was straight fire from beginning to end.