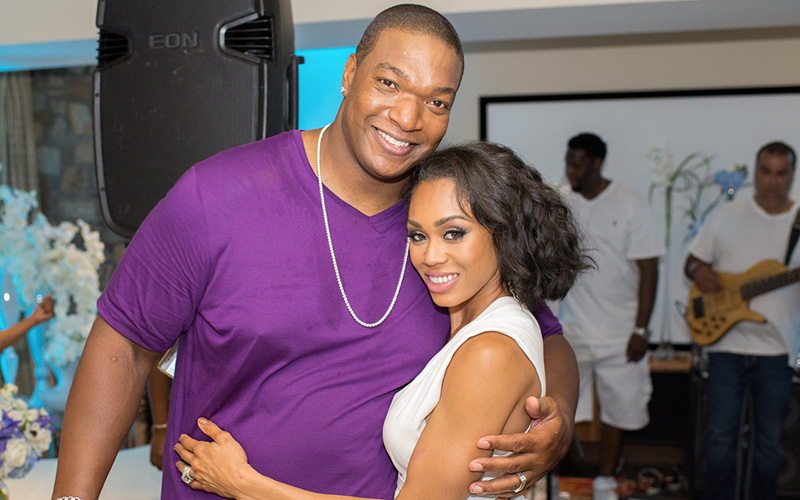 Monique Samuels from the Real Housewives of Potomac is pregnant.

The RHOP star announced on Instagram Sunday night (Jun. 17) that she and her husband, former NFL player Chris Samuels, are expecting their third child.

“I’m way too happy to be bothered… I’m full of life… LITERALLY,” she posted along with a video of her showing off her baby bump.

The happy news comes just a few months after Monique revealed on an episode of RHOP that she had suffered a miscarriage last year and “never really dealt with” the pain of her loss.

“As soon as I took the pregnancy test, Chris is just grinning from ear to ear, and it never once dawned on me that we would lose it,” she said. “Until you’ve experienced loss it’s hard to even put it into words.”

The reality star said she then decided to take some time to focus on business opportunities and was hopeful for the future in regards to expanding her family.

“I’ve been so non-stop busy that I don’t even know if I could completely process what was going on with my body,” she continued. “But, right now, I’ll just use this time to keep pursuing other business ventures that I have in mind, and when the time comes and I’m ready to have a baby, it’ll happen.” Monique and Chris, who played football with the Washington Redskins between 2000 and 2009, have been married since 2012 and are proud parents to two children: Christopher and Milani.