GOSSIPONTHIS.COM Celebs LHHATL’s Spice Apologized to Tokyo Vanity for Fat-Shaming Her, But Twitter Was... 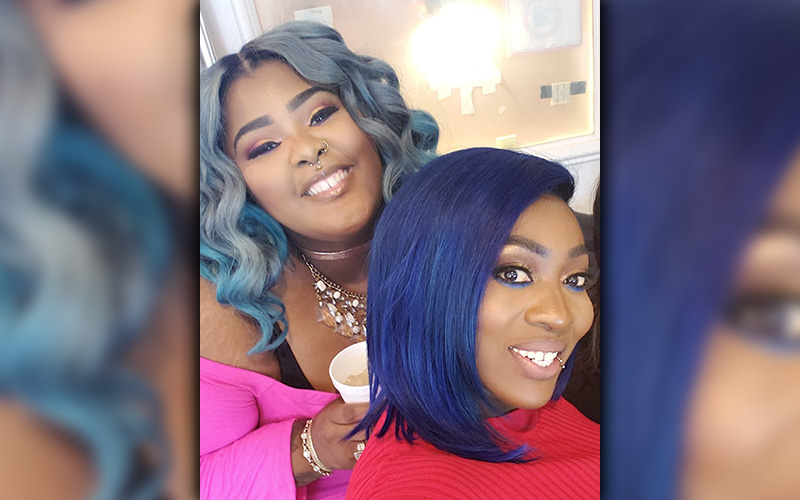 On last week’s episode of Love & Hip Hop Atlanta, Tokyo Vanity almost beat the fawk out of Spice during what what was supposed to be a peaceful brunch after the latter had the nerve … the AUDACITY … to try and come for her weight.

The beef between Tokyo and Spice started when Spice went out on a date with Tokyo’s ex boyfriend Tabius, and when the two came face-to-face at brunch (thanks to Mimi and Sierra), all hell broke loose when Spice started throwing multiple jabs at Tokyo’s weight.

Mimi was all “Tokyo this is Spice, our friend, Spice this is Tokyo, our friend… We’re ALL FRIENDS HERE” and when Sierra mentioned how they were going to eat, that’s when the fat-shaming from Spice started. “I don’t think she wants nothing else to eat, trust me,” she said with a smirk.

When Tokyo attempted to settle their dispute by telling Spice her issue wasn’t with her, it was with Tabius (who posted her on his “InstaSnap” i.e. Instagram Stories the night before, btw) but Spice continued to get loud with Tokyo, and she wasn’t there for that. So, as Tokyo proceeded to get up, she pulled a Sierra and threw her handbag at Spice.

She missed because Spice was quick to duck, but the fact that it took a whole team of security to stop Tokyo from jumping on Spice lets us all know who would have won that fight. Tokyo was escorted out of the restaurant and was clearly pissed. She said she’s trying to be a better person and doesn’t want to be out here “fighting these hoes.”

After the episode aired, Twitter dragged Spice for filth because, in case you didn’t already know, Tokyo is a fan favorite of the show. So they didn’t appreciate Ms. Jamaica coming for their girl like that. And when I say they went in, THEY WENT ALL THE WAY IN. See some of the responses below:

But tokyo look better then spice…so what is spice talking about #LHHATL pic.twitter.com/h0jUD95Kc7

Somebody said Spice looks like Bowser and um…. ? #LHHATL pic.twitter.com/pOLIVq0IU6

“I could’ve stayed in New Orleans if I wanted to fight with my aunties” #LHHATL pic.twitter.com/cZBOgk0djy

Spice you bout to bust out that outfit though #LHHATL pic.twitter.com/vDLONnN2wC

I find it disgusting that the first thing Spice came at was her weight. Body shaming is so disgusting and mean. Do better. #LHHATL pic.twitter.com/YjPhYe3bFM

“You fat too and ugly on the eyes”-Tokyo #LHHATL pic.twitter.com/Q309d3eElz

Just FYI – just bcuz a person is fat does NOT mean they are ugly. Weight does not determine beauty. Tokyo’s face is gorgeous. Spice is ugly as hell ????? #LHHATL

You see what I mean? BRUTAL.

So after spending most of the day getting dragged all over Twitter, Spice wrote a long apology on Instagram along with a recent photo of the two to show that all is well between them. She called their prior altercation “officially the most horrific situation I’ve watched on TV.”

She added: “I’m so disappointed in myself for doing the exact same thing I promised myself that I wouldn’t do. Watching back Myself fighting on Tv has left me with deep despondency. Even tho I heard that disrespectful remarks was passed about me behind my back. Leaving me to think she was throwing shade i said I’m gonna throw the whole tree when I met her. With that being said It still doesn’t justify the fact that I was so wrong to comment on her weight.”

Peep the full apology below:

You would think with an apology like that, Spice would be forgiven by the Twitter draggers… but nope. That’s not how it works. Once Twitter gets to dragging, they usually keep the dragging going, especially when you come for their faves.

See below for proof:

I liked Spice until I saw that she was jealous of Tokyo. Tokyo is one of the prettiest girls on the show, her weight is irrelevant. Spice sound like a hater. #LHHATL

Spice really posted a paragraph apology for making fun of Tokyo’s weight? Damn my family members owe me a whole textbook then.

Why is Spice even on the show ??????????????? She’s a non dressing, bad wig, body shaming ass person with no true story or substance for the show. Tokyo didn’t even want to take it that far! But you took it there!

Spice was out of pocket coming at Tokyo the way she did because Tokyo wasn't even on that plus she not that slim herself but she real shady. ? #LHHATL

Raise your hand if you wanna see Spice get rocked by Tokyo #LHHATL
SN: Let Tokyo know this can be her last fight we won’t judge, we’ll love you all the same if not more. pic.twitter.com/ackenNNeTx