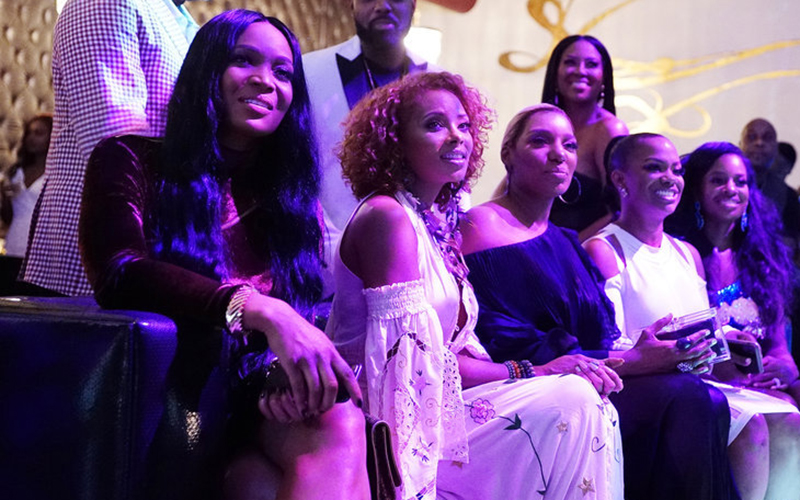 Amid reports that Kenya Moore and Sheree Whitfield have lost their Real Housewives of Atlanta peaches comes news that a friend of the show has officially snagged a peach of her own, and you may (or may not) be able to guess who it is.

Is it longtime “friend” Marlo Hampton? Or what about new “friend” Shamea Morton?

According to The Jasmine Brand, it’s neither one of the two aforementioned RHOA friends. It’s …

Yes, you read that right, Eva Marcille will be an official peach-holding cast member for the upcoming 11th season of Real Housewives of Atlanta.

Last season, Eva was a friend to the show and was introduced to the RHOA group via NeNe Leakes.

Sources tell us that it’s likely her storyline for the upcoming season will revolve around her being a new mom again (she and fiancee Michael Sterling welcomed a baby boy last month).

We’re also told it’s highly likely that viewers will watch her prepare to walk down the aisle with Michael.

Eva also has a daughter named Marley (born January 2014) from her previous relationship with singer-songwriter Kevin McCall. Eva and Kevin broke up in 2014 and Marcille has stated that she has sole custody of their daughter.

Of course, Eva isn’t new to the world of reality TV. In addition to her appearances on RHOA Season 10, she was a cast member on Oxygen’s reality show Girlfriend Confidential: LA, and in 2017, she competed in the inaugural season of VH1’s Scared Famous. She was also a co-star on BET’s About the Business.

As an actress, Eva has also appeared on shows like The Young and the Restless, Smallville, Let’s Stay Together, House of Payne and BET’s The Real Husbands of Hollywood. She also has a few movie credits under her belt—2006’s “Crossover” and 2007’s “I Think I Love My Wife.”

Eva Marcille started her Hollywood career at the age of 19 by winning the third cycle of America’s Next Top Model in 2004.