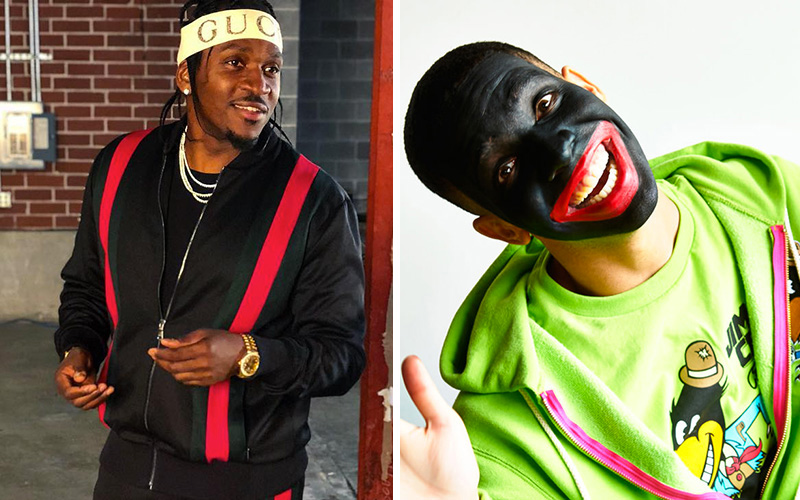 Push T is calling out Instagram for deleting the cover of his “The Story of Adidon” Drake dis track from his page—which featured the Canadian rapper in full blackface.

Pusha’s brutal response to Drake’s “Duppy Freestyle” (his own response to Pusha’s “Infrared”) has been the talk of the Internet for the past 24 hours, not only because Pusha TEA (his new nickname, lol) called Drake out for being an alleged deadbeat daddy to his alleged son Adonis, but also because the G.O.O.D. Music president found and posted a photo of a young Drake in blackface.

However, apparently, Pusha T didn’t clear usage rights for the photo with the photographer, David Leyes, so Instagram deleted it from his page, according to a post Pusha shared Wednesday night.

However, the photographer, David Leyes, did not approve Pusha T’s use of the image, and so Instagram removed it, according to a post Push put up Wednesday.

“We’ve removed or disabled access to content that you posted on Instagram because a third party reported that the content infringes or otherwise violates their rights,” IG said to Pusha. “First time this has happened to me…” Pusha wrote on IG.

The image and link to the original source are still live on Pusha’s Twitter, however.

In a now-deleted tweet, David Leyes apparently asked Pusha T’s manager Steven Victor to “get Push to take the Drake photo down asap,” but it doesn’t look like that’s going to be happening anytime soon, unless Twitter pulls an Instagram and does it themselves, of course. The picture has been removed from Leyes’ own website though.