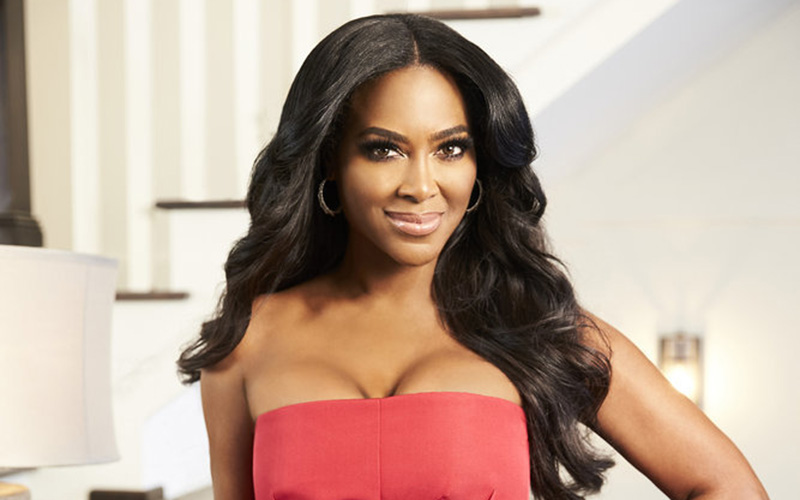 The word on the curb is that Kenya Moore has been fired from Real Housewives of Atlanta and will not be returning to the show’s 11th season as a peach-holding cast member.

According to our friends over at Straight From the A, Moore was officially given the boot last week when letters were sent out inviting cast members to a meeting, and she didn’t receive an invite.

Kenya’s lie was outed about a week ago, when season 11 peach holders and friends assembled for a mandatory cast meeting. Moore was not in attendance and when asked about her absence, it was confirmed that she wasn’t invited back.

I’ve heard that Kenya may possibly be relegated to “friend” status, but her pride probably won’t allow that.

Maybe Kenya and her husband are planning to finance a show of their own… who knows? But as of today’s date, she doesn’t have a peach and is not scheduled to return to the show for season 11.

The confirmed peach holders for next season are Cynthia Bailey, Nene Leakes, Kandi Burruss and Porsha Williams. That leaves two peaches up for grabs and Eva Marcille will most likely be one of them.

We also have “friends” Marlo Hampton and Shamea Morton. There is also a need for newbies, and I know for a fact that at least three women are being tested.

I predict that there will be quite a shake up for season 11 since 10 was such a snoozer. Stay tuned.

The reason why Kena Moore was fired hasn’t been revealed, but we can probably assume it has something to do with her allegedly faking her pregnancy.

Kenya’s Instagram followers called her out a couple of weeks ago when she posted a photo of her and her “husband” Marc Daly at Top Golf that A.) did NOT show a baby bump and B.) showed her Marc not wearing his wedding ring. Her reasoning for him not having his wedding ring was because “he can’t swing the club with it.”

A few commenters asked Moore about her pregnancy and wondered why she wasn’t showing, despite her “confirming” that she was pregnant at the RHOA Season 10 reunion, which was filmed more than two months ago.

“I thought you were pregnant? Oh I get it #TryingToStayRelevant,” one fan asked. “Where’s the baby bump? Maybe surrogate???” asked another.

Kenya has said that she’s not using a surrogate this time around, but “maybe [her] next one”—if she is actually pregnant, that is.

No surrogate but maybe my next one https://t.co/7ejd2kMrWO