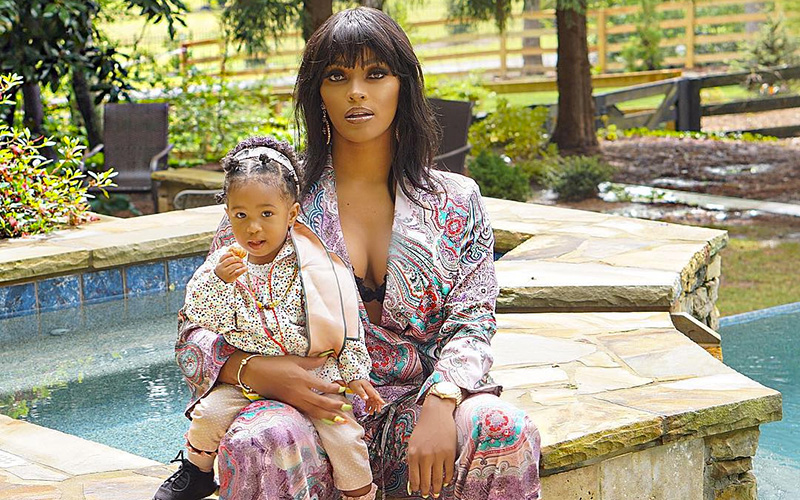 You can’t keep a bad bitch down too long, and when you’re the “baddest bitch,” that sentiment definitely rings even truer.

Fans of Joseline Hernandez will be glad to know that the Puerto Rican Princess will be making her big return to reality TV any day now, as she has recently signed a deal with WE TV for her new reality series Joseline Takes Miami.

As fans of Hernandez know, she quit Love & Hip Hop Atlanta last year after a “disagreement” between herself and producers of the popular VH1 show. And earlier this year, reports emerged stating that she was preparing to pitch her own show to networks, which would see her take on the city of Miami.

Now, months later, new reports have surfaced, confirming that Joseline is partnering with WE TV for the show, which we hear is executive produced by former RHOA producer Carlos King, who has also done production work for LHHATL, Gucci Mane and Keyshia Kaoir’s Mane Event BET series, as well as his own show, Hollywood Divas.

It remains to be seen whether or not Joseline’s ex-boyfriend and baby daddy Stevie J will appear on the show. But the two are now in a peaceful co-parenting relationship, as they have finally settled their child custody war and were recently spotted at Atlanta’s Lenox Square Mall shopping with their 16-month-old daughter.

Joseline also shared the following photos to her IG account proving that she and Steebie are on good terms.

So if Steebie’s LHHATL contract allows it, we wouldn’t be surprised if he made a few cameos on Joseline’s show.

With LHHATL suffering falling ratings, likely due to Joseline’s departure, it definitely makes sense for WE TV to pick up those viewers for Joseline’s show.

Joseline Takes Miami doesn’t have a premiere date, and we don’t even know if it’s in production just yet, but we expect WE TV to make some sort of announcement about the show pretty soon, possibly as early as summer/fall.