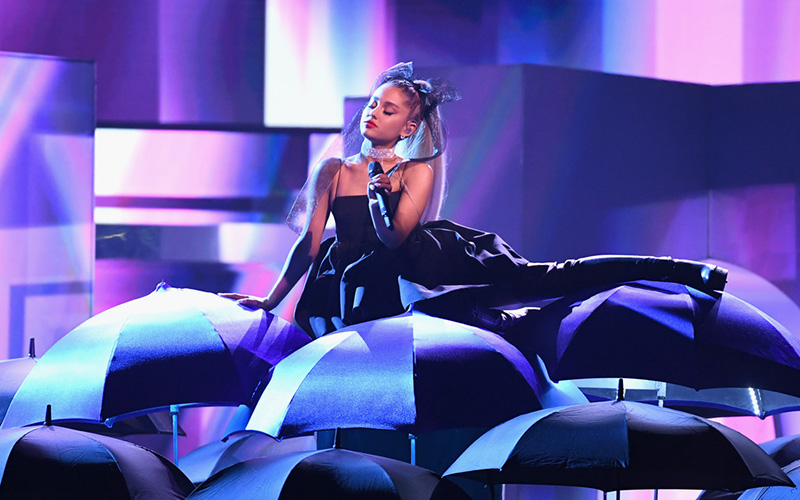 Ariana Grande kicked off the 2018 Billboard Music Awards Sunday night (May 20) in Las Vegas with a performance of her new single “No Tears Left to Cry.”

Ariana and her backup dancers incorporated her music video’s umbrella motif for the performance, which ended with the words “The Light is Coming” flashing across the screens behind them.

Grande’s BBMAs performance marked her first award show appearance since the May 2017 terror attack at the Manchester, England stop of her Dangerous Woman Tour, where a bomber killed 22 people and injured more than 500 others.