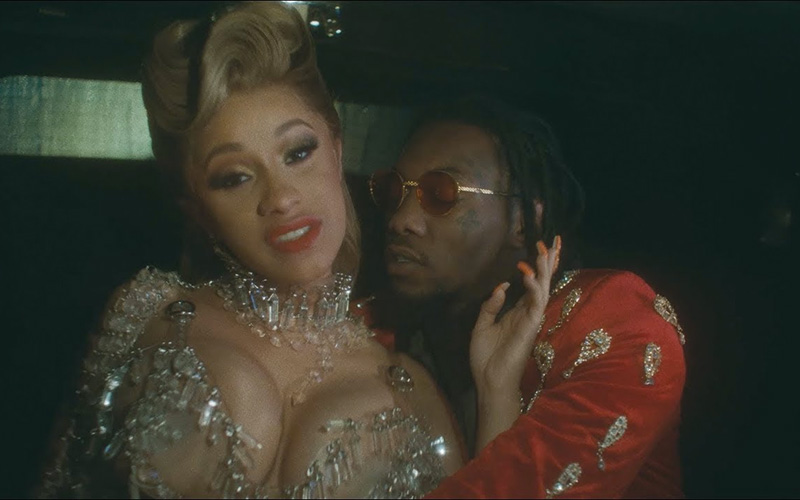 Ahead of the release of her debut album, Cardi B has finally released the music video for her second solo single “Bartier Cardi” featuring 21 Savage, which premiered Monday night (Apr. 2) during VH1’s Love & Hip Hop Atlanta.

The hazy, lo-fi clip finds Cardi going vintage glam and rocking red fur, gloves and sexy lingerie, with “diamonds all over [her] body,” of course. The video also boasts appearances from the Bronx bombshell’s fiancé Offset (whose name is dropped throughout the chorus), as well as the song’s co-star 21 Savage.

Cardi B’s career was launched via “Love & Hip Hop (New York),” but she quit the show after two seasons to focus on career—a decision that has granted her immense success. Her debut single, “Bodak Yellow,” reached No. 1 on the Billboard Hot 100, and she has scored a number of features on singles with big-name artists like G-Eazy, A$AP Rocky and Bruno Mars.

As for her second single, “Bartier Cardi,” it has spent 13 weeks on the Billboard Hot 100 so far, peaking at No. 13 and currently sitting at No. 38. The femcee’s third single, “Be Careful,” was released over the weekend, and her debut album, Invasion of Privacy, is due out this Friday (Apr 6).

This fall, Cardi B will hit the road with Bruno Mars as a supporting act for the fourth and final North American leg of his “24K Magic” World Tour.