GOSSIPONTHIS.COM Celebs #FreeMeekMill: Meek Mill Could Be Released From Prison & His Conviction May... 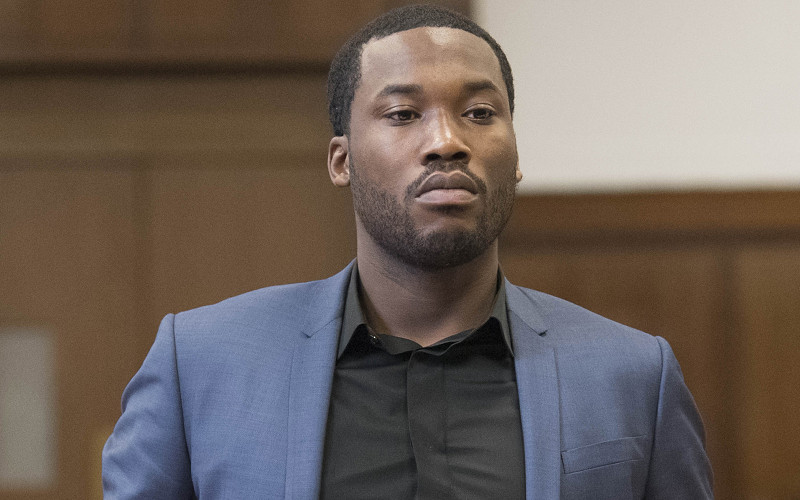 The #FreeMeekMill campaign may just be working. The rapper could finally be released on bail very soon. In fact, his entire decade-old conviction could be overturned.

“The office is not opposed to him being out on bail,” a spokesperson for Philadelphia District Attorney Larry Krasner announced on Wednesday (March 14).

This is great news for Meek who’s been in jail since November after Judge Genece Brinkley controversially sentenced him 2-4 years in prison for probation violations. The decision to release him on bail ultimately rests with Brinkley.

Though Brinkley denied Meek bail in December, the D.A. is stepping in due to police corruption currently being exposed in Philly involving 29 officers (so far), including Meek’s 2007 arresting officer, Reginald Graham.

The scandal has already caused hundreds of convictions to be overturned. And because Graham was the only government witness to take the stand in Meek’s trial, the corrupt officer’s testimony has been called into question.

“[T]here is a strong showing of likelihood of (Mill’s) conviction being reversed (in whole or in part). Therefore, the Commonwealth is unopposed to (Mill’s) petition for bail…

“As Officer Graham was the only witness called at trial and was the affiant on a search warrant which produced evidence against (Mill), his veracity is essential to the Commonwealth’s prosecution in this matter.”

Krasner took office in January and was recently made aware of the corruption, which the previous D.A. kept secret. The list of corrupt officers was released to the public last week.

Meek’s mother, Kathy Williams, tearfully begged Krasner to look into her son’s case during a news conference on Tuesday (March 13). Williams said in a statement after learning Meek’s conviction could possibly be overturned:

“I would like to thank the Philadelphia District Attorney’s office for carefully evaluating my son’s matter and not opposing the request for bail. The fact that Robert’s entire conviction could be overturned is a blessing and I pray that God gives Judge Brinkley the wisdom to make the right decision and allow my son to return home to his family. I truly believe justice will prevail.”

Meek’s attorney, Joe Tacopina, added: “We look forward to [Mill’s] immediate release by the court on bail in light of this development.”

Meek’s 2017 probation violations and subsequent imprisonment stem from a 2008 drugs and weapons conviction. He served eight months in jail and was initially given five years of probation, which Judge Brinkley increased to 10 years after violating his parole agreement.