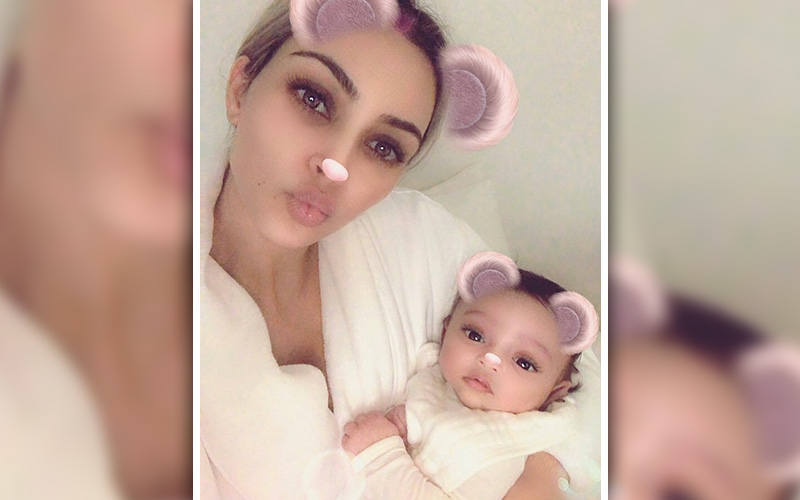 We knew it was coming, we just didn’t know when. Kim Kardashian has finally posted the first photo of her and Kanye West’s newborn daughter Chicago on her social media pages.

A little over a month after Chicago came into the world, proud mama Kim is giving the world a close-up look at her and Kanye’s third child, who was born via surrogate on January 16th.

Kim—who is currently on vacation in Tokyo with her sisters Khloe and Kourtney—shared the adorable photo of her holding Baby Chicago on Instagram, Twitter AND Facebook Monday (Feb. 26).

While this isn’t our first look at Chicago, it is the first time we’ve gotten a good look at the month-and-a-half-old baby.

Our first glimpse of Chicago was when Auntie Kylie quickly showed the newborn in a behind-the-scenes video she released after Stormi’s birth announcement. Stormi is Kylie’s daughter with rapper Travis Scott, who was born on Feb. 1st, just a couple of weeks after her cousin Chicago.

Chicago and Stormi aren’t the only Kardashian Kids being brought into the world in 2018. Khloe is currently pregnant with her baby with Tristan Thompson. Though the couple has yet to reveal their little one’s sex (and probably won’t until the baby makes its arrival), new reports suggest Khloe and Tristan are having a boy.

One thing we do know, based on all of the Kardashian Babies that have been born over the years (starting with Mason, who is now 8 years old), we know Khloe and Tristan’s baby is going to be a cutie pie!