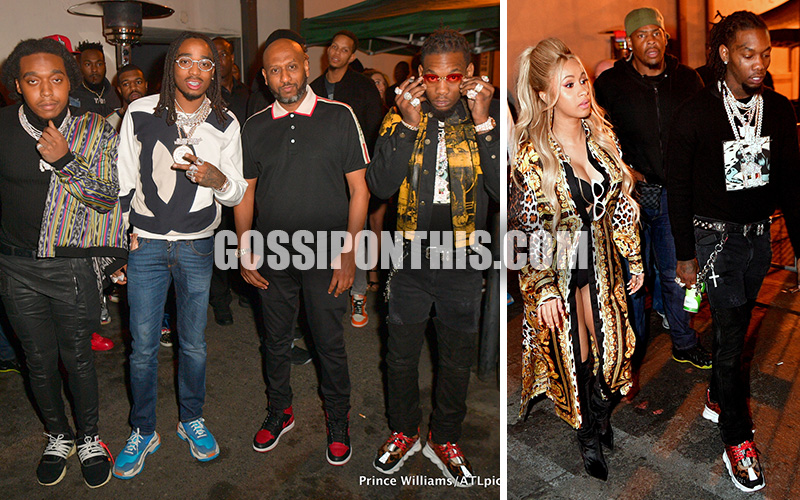 Migos celebrated the release of their new album Culture II with a big release party in Los Angeles last weekend.

Offset’s fiancée Cardi B was spotted at the party, which was sponsored by Martell Cognac and Alex Gidewon’s AG Entertainment, and hosted at L.A.’s Boulevard3 nightclub during NBA All-Star Weekend.

Check out the photos from the album release party in L.A. below: