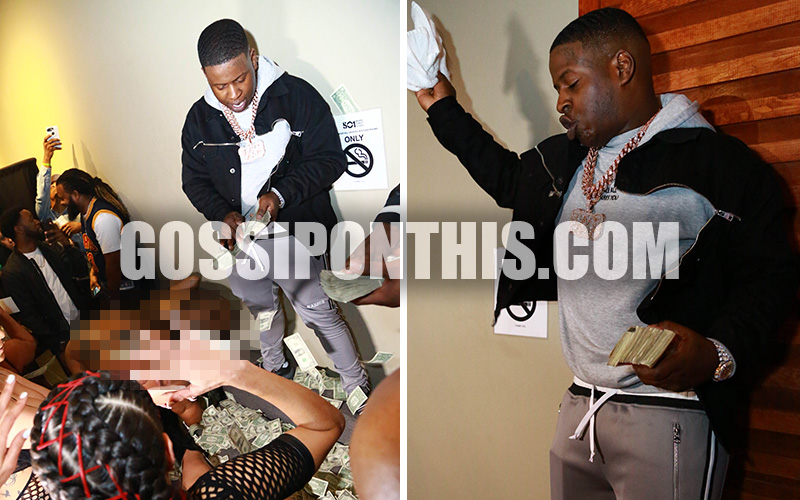 Toot toot! In celebration of the release of his debut album 2.23, Blac Youngsta hosted a private listening session earlier this week, and of course the party featured a bunch of twerking strippers and $5,000 worth of money showers. Youngsta threw money the whole time the album was playing, and by the last song, there were 5,000 ones all over the place.

Before playing songs from 2.23, including its breakout single “Booty,” Blac Youngsta—dressed in Baby Gap from head-to-toe—explained its origins and how he came up with the project’s name. According to the Memphis rapper, back in his “street days,” it took him exactly 223 days to earn his first million dollars. It’s also no coincidence that the album dropped today, which is February 23rd (aka 2/23). And just in case you didn’t know, .223 is also a type of ammunition for assault rifles.

The listening party for Youngsta’s new album was held Tuesday night (Feb. 20) in Atlanta at Mean Street Studios, which is owned by DJ Drama and Cannon, who both were present and accounted for at the bash.

Check out our exclusive pics and video footage below: