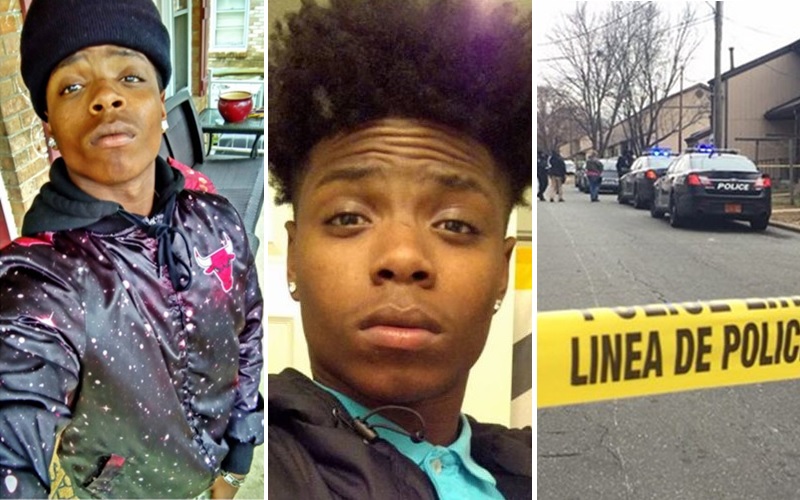 Fantasia Barrino and her family have suffered an unexpected loss. The singer’s teenage nephew has died after being shot.

18-year-old Tyquan Vonricco Washington was found suffering a gunshot wound in Greensboro, NC around 11 am Tuesday morning (Feb. 13). Paramedics performed life-saving measures on the teen, but he was later pronounced dead at a nearby hospital.

David Lee White Jr, 21, has been arrested for the shooting and was charged with first-degree murder. He is being held at the Guilford County Jail without bond.

Earlier today, Ricco Barrino, Washington’s father and Fantasia’s brother, wrote a love letter to his son. Ricco recalls fond memories of his son and writes that he always knew he was special.

“A love letter to my son. Dear son I needed to write this sooner but it’s funny how life make you aware of your own unconscious procrastinations. I wanted you to know that from the depths of my heart your daddy loves you and he always has…

“Well on this day you became a bigger man when you put on a pair of wings and did what I have yet to do. So you show me your leadership skills. you go join hands with your grandma and kiss for me. You sing loud for me up there.

A post shared by Official Page Of Ricco Barrino (@riccobarrino)

Fantasia shared two photos of her nephew on Instagram. “Ty, Auntie is So Sorry Baby,” she wrote. “RIP to my Oldest Nephew Please Pray for his Mother and my Brother @riccobarrino & his Stepdad.”

Ricco’s manager tells FOX8 News that Ricco and Washington’s mother are both “heartbroken.”

The manager added that Ricco knew his son had been in “some trouble but was turning his life around.” The 18-year had aspirations of becoming a musician like his father and Grammy-winning aunt, and was currently working on a mixtape.

Our thoughts are with the Barrino family as they mourn this tragic and unexpected loss.