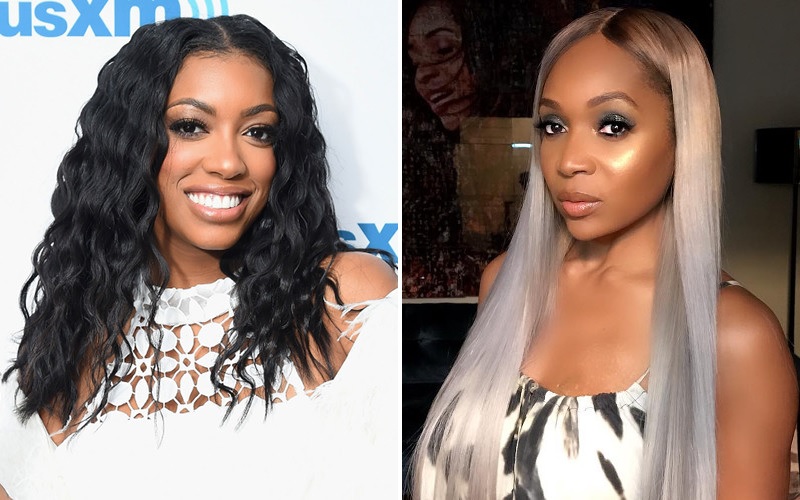 Drama for the women of The Real Housewives of Atlanta just never stops. The cast is currently filming in Barcelona, but the luxurious vacation might have ended early for one housewife.

Lovebscott.com is exclusively reporting that producers sent Porsha Williams back to the States after getting into an altercation with Marlo Hampton.

Sources tell the site the two were in the midst of an argument when Porsha decided to point an object in Marlo’s face. Marlo responded by yanking the object from Porsha, which prompted her to “lunge” at the longtime RHOA friend.

Fortunately (or unfortunately, depending on how you look at it), the altercation never became physical because security was able to restrain Porsha before she was able to lay a hand on Marlo. However, producers felt Porsha’s outburst was serious enough to send her home.

The site reports the cast is scheduled to leave Barcelona on Tuesday (Oct. 3), but Porsha left Sunday (Oct. 1).

Porsha seemingly addressed the altercation with an Instagram post on Monday (Oct. 2). Using #MyChoice among several other hashtags may also suggest it was her decision to leave Barcelona early and not the producers.

Porsha and Marlo’s melee sounds reminiscent to the season 6 reunion fight between Porsha and Kenya Moore. Kenya repeatedly antagonized Porsha with a scepter and a megaphone. When Porsha couldn’t take it any longer, she snapped by pulling Kenya’s hair as they fell to the ground. She lost her peach-holding status the following season.

Geez, I guess those anger management classes aren’t working out too well for Porsha. She has been involved in several physical altercations since joining the show in 2012, including a brawl with Cynthia Bailey.

Season 10 of The Real Housewives of Atlanta premieres November 5th on Bravo.