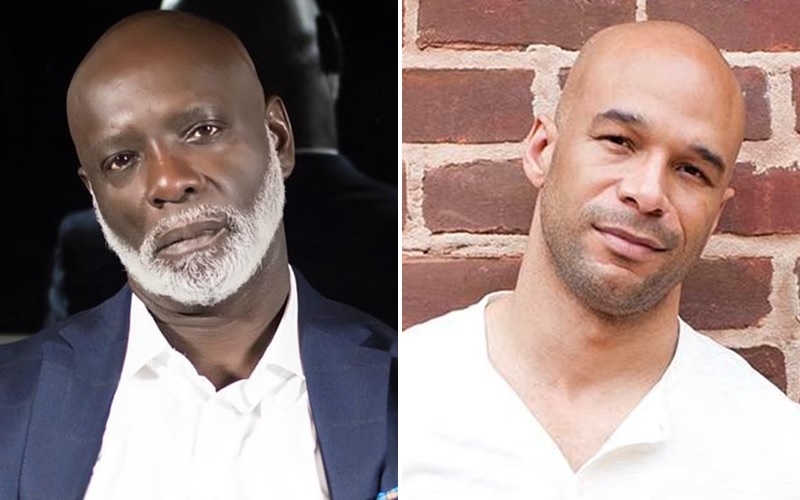 Peter Thomas is shutting down reports he “attacked” Cynthia Bailey’s new boyfriend in front of Real Housewives of Atlanta cameras.

Radar Online reported early Friday morning (Sept. 29) that, in an effort to win his ex-wife back, Peter instigated a confrontation with Will Jones last week while RHOA cameras were rolling at an event for Kandi Burruss. A source tells Radar:

“Will quickly denied the claims and left the event shortly after the altercation because he wasn’t comfortable hanging around while the cast discussed his personal life on camera.”

In an Instagram video on Friday, Peter not only denied that anything went down between he and Jones, but also claimed he’s never met the new man in Cynthia’s life.

“You guys (Radar) are putting a statement out saying that I confronted my ex-wife and that I’m begging her back. Please stop lying. That never happened; never will happen, either.

“You guys also said that I confronted her significant other, Mr. Jones. That never happened either. I’ve never even met the guy. So, stop lying.”

In the RHOA season 10 trailer released last week, Peter is shown telling the other Atlanta husbands, “Cynthia and I will get back together.” Though it’s unclear in what context Peter made this declaration, Radar’s source claimed Peter and Cynthia are still in communication with each other and he attempted to put a stop to the divorce.

“Peter and Cynthia are still business partners which becomes a point of contention on this upcoming season. This season, Peter offers to put a halt on the divorce proceedings to work out their differences amicably. Even though the plan wasn’t met with the warmest response from Cynthia they are still cordial and communicating.”

The former couple married on the show in 2010 finalized their divorce earlier this year. Cynthia has since moved on with motivational speaker Will Jones. They have been dating for a few months and went public with their relationship in August. Jones will appear on RHOA.

“They are enjoying each other’s company but do not identify as a couple,” Radar’s source noted. “Season 10 is focusing on the beginning stages of their courtship with her getting to know Will and him meeting her family and friends.”

The Real Housewives of Atlanta returns November 5th on Bravo.