GOSSIPONTHIS.COM Celebs Hugh Hefner Cause of Death: How did the Playboy Founder Die? 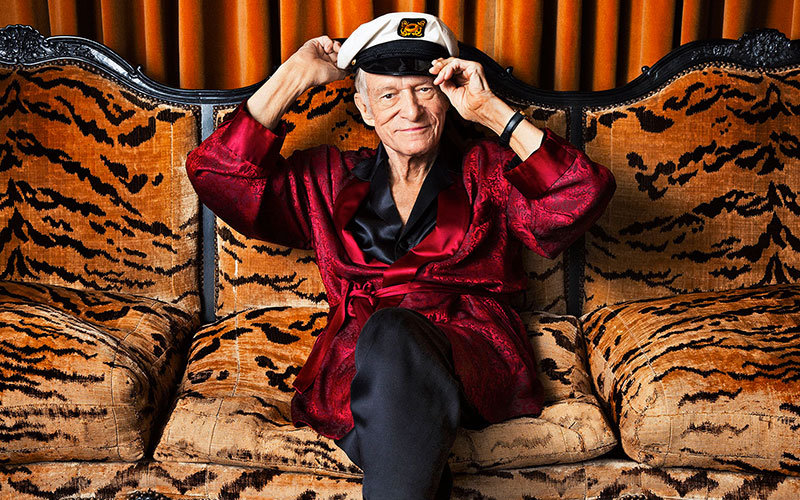 Hugh Hefner, the man who founded Playboy and turned it into an iconic brand, has died, according to a post from Playboy’s official Twitter account. He was 91 years old, and his official cause of death has not been released yet, though media reports are saying “natural causes.”

Playboy Enterprises said Hugh died peacefully at home Wednesday (Sep. 27) surrounded by loved ones. According to TMZ, Hefner’s health had been declining over the past year and he’s not been seen in public for a while. His death came just over a year following his brother Keith, who died after a battle with cancer.

Cooper Hefner, Playboy Enterprise’s chief creative officer and Hugh’s son said in an official statement from the company: “My father lived an exceptional and impactful life as a media and cultural pioneer and a leading voice behind some of the most significant social and cultural movements of our time in advocating free speech, civil rights and sexual freedom.”

The younger Hefner continued: “He defined a lifestyle and ethos that lie at the heart of the Playboy brand, one of the most recognizable and enduring in history.”

The magazine stopped publishing nude photos in 2016, but went back to them in February 2017 after Hugh’s son, Cooper, became Chief Creative Officer.

Because of Playboy, Hugh “Hef” Hefner became an iconic, cultural phenomenon, which paved the way for Playboy Mansion, which quickly became known for its legendary parties. The Hef parted ways with the mansion in August 2016 after selling it to Pabst Blue Ribbon heir Daren Metropoulos for $110 million, however, the sale had one major condition—Hef could live there without the new owner’s interfering until he died.

Hugh Hefner was married three times. His first marriage was to his high school sweetheart Mildred Williams in 1949 and they divorced in 1959. His second marriage came in 1989 to former Playmate of the Year Kimberly Conrad, and they divorced in 2012. His third and final marriage (following his break-up with longtime girlfriend Holly Madison) was in 2012 to Crystal Hefner, who is now 31 and is his widow.

Hefner is survived by four children—Christine and David from his first marriage and Marston and Cooper from his second marriage.