GOSSIPONTHIS.COM TV RHOA Season 10 Trailer: NeNe vs. Porsha, Kenya vs. Kim, Plus the... 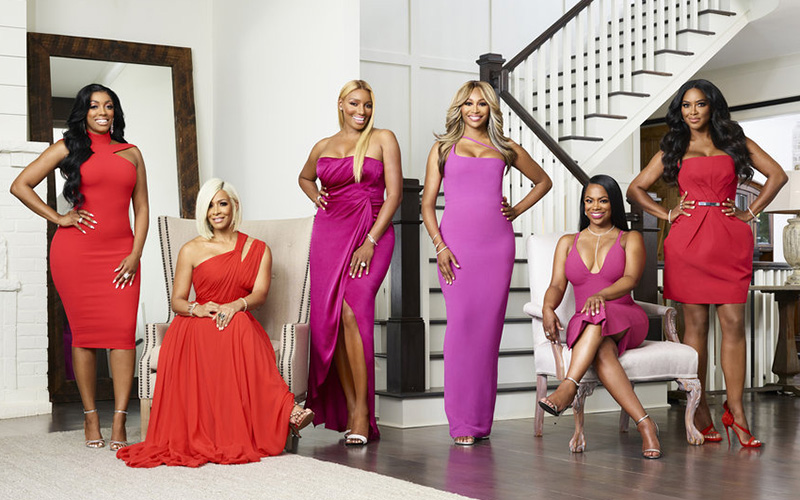 The ladies of Atlanta are back! Bravo has released the first look at season 10 of The Real Housewives of Atlanta and it looks fire! Even Sheree Whitfield can’t believe the drama. “Oh my God! Oh, this is getting’ juicy!” she exclaims in the trailer.

As expected, Sheree, Kenya Moore, Cynthia Bailey, Kandi Burruss, and Porsha Williams are all returning. Original cast member NeNe Leaks has replaced a fired Phaedra Parks as a full-time “housewife” and fellow OG Kim Zolciak-Biermann will briefly return as a “friend” to the ladies.

Shockingly, however, it’s NeNe who has Kandi’s back and goes after Porsha the hardest. “You deserve some discipline for what you did to Kandi,” she yells at Porsha, who she also calls a “big ass mother f**king liar.” Porsha shoots back with a “f*ck you” of her own to NeNe. The second major conflict seems to be between Kenya and Kim. It was reported in July that these two got into it, but now we get to see what really went down. Kim threw the first shot by questioning the legitimacy of Kenya’s surprise marriage to Marc Daily, even calling him a “fan.” Kenya’s relationship isn’t the only one that gets the women talking. Cynthia also introduced the group to her new boo, Will Jones, but Kenya seems to think he’s still sleeping with other women. And on top of that Cynthia’s ex-husband, Peter Thomas, isn’t quite ready to let go, telling the Atlanta husbands, “Cynthia and I will get back together.”

Meanwhile, a call from an inmate in federal prison got everybody wanting to know what’s up with Sheree’s love life. We reported in August that she was dating (and possibly married to) Tyrone Gilliams, a man currently serving a 10-year sentence for fraud. NeNe calls Gilliams a con-artist. “I hope he doesn’t con her out of Chateau Sheree,” Kandi adds.

Other notable moments from the trailer include: a health scare for NeNe’s husband Greg Leakes, Kim insinuating NeNe may have a substance abuse problem, and Kenya dialing 911 to make a report.

Porsha also asks if Kim is her new “frack,” while ladies wonder if Kenya really is Cynthia’s best friend. Oh, and apparently Porsha is a “baby vegan” (but still eating meat).

Season 10 of Real Housewives of Atlanta premieres Nov. 5 on Bravo.