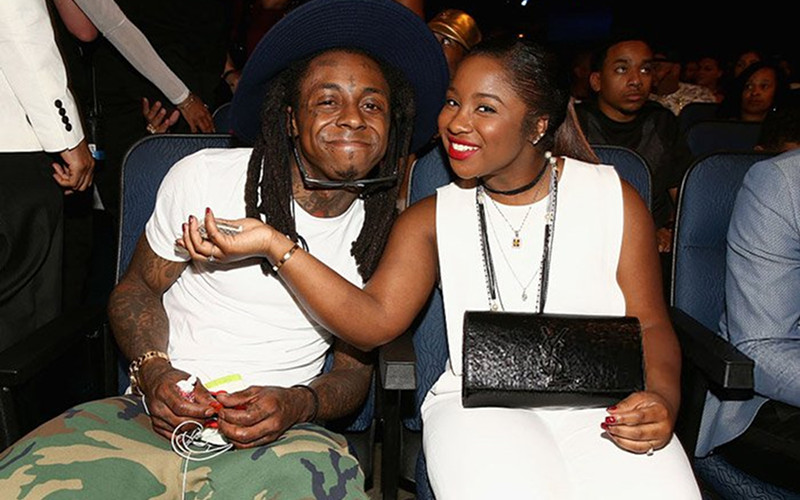 After suffering at least two seizures on Sunday (Sept. 3), Lil Wayne’s daughter has given fans an update on his condition.

Reginae Carter took to Twitter on Monday and revealed her father is doing “fine.” She also thanked Wayne’s fans for their support and concern and also urged them not believe everything they hear.

My dad is doing fine everyone ! Thanks for the concerns?? you guys are amazing ?

The rapper was rushed to Northwestern Memorial hospital in Chicago on Sunday after being found unconscious in his hotel room. He had suffered at least one seizure and had another one while being treated at the hospital.

TMZ reported Wayne’s team tried to get him discharged Sunday in order to make a midnight performance with Rae Sremmurd in Las Vegas, but his doctors advised against it. His performance was ultimately cancelled.

Weezy has since been released from the hospital, according to TMZ, and is said to be “taking a break from work to get himself right,” per doctor’s orders.

Sources close to the rapper tell TMZ … the seizures that forced him into the hospital Sunday were due to a super busy schedule mixed with the fact he was getting NO sleep. We’re told the attack had nothing to do with him frequently sipping lean.

In 2013, Lil Wayne revealed he is epileptic and prone to seizures. Last year, he suffered three within a four-week span, including one mid-flight, which forced an emergency landing. This episode factored in his doctors’ decision not to let him fly on Sunday.