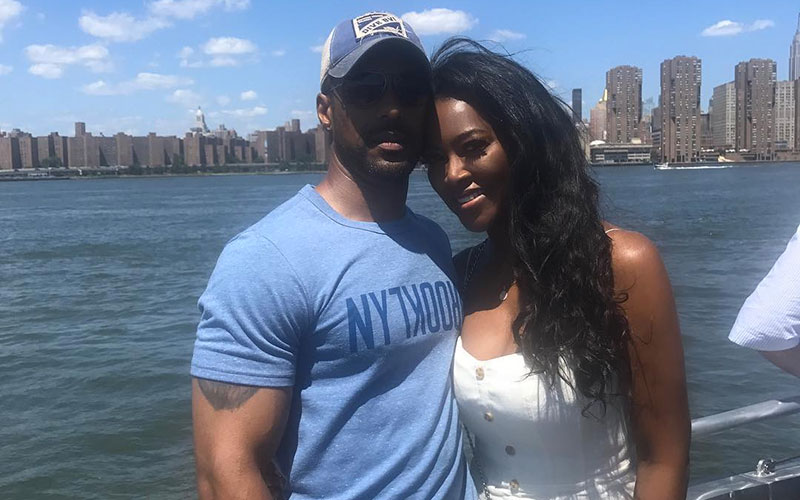 Kenya Moore is sick and tired of you trying to shade her marriage. The Real Housewives of Atlanta star is done with the jokes and says she’s now coming for anybody who claims she faked her surprise wedding for a storyline.

Kenya took to Instagram on Wednesday (Aug. 30) to fight back against the countless rumors regarding her marriage to businessman Marc Daly. She says these rumors are “boldface lies” and she’s ready to take legal action against anybody who attempts to make a mockery of her marriage. “#Don’tF*ckWithMyFamily,” she warns her haters.

“It never ceases to amaze me the lengths people will go to discredit you, spread propaganda, boldface lies and publish entire articles based on an “anonymous” or unknown source.

My marriage and my life will not be made a mockery of. I ignored this empty rhetoric in the past…No more. Enough is enough. I’m fighting back.

Be warned, I’m coming for you and we all know how this will end for you. I always have the last laugh. #lawsuit #receipts #reallove #DontF*ckWithMyFamily”

Kenya shocked everybody—including Bravo and her RHOA co-stars—when she secretly married Daly in June. The nuptials took place during a private ceremony in St. Lucia and there were no reality show cameras to capture the moment. Kenya confirmed she was married a week after the couple exchanged vows.

Questions surrounding the quickie wedding are to be expected though, because we all know how desperate Kenya was for a man/husband and her past RHOA flames (Matt Jordan & Walter Jackson) seemed to have been on Kenya’s payroll for storyline purposes and job security. And, and on top of that, no one even knew she was dating Daly, let alone serious enough to walk down the aisle with him!

Returning housewife Kim Zolciak also called Kenya out about her marriage, which reportedly lead to an epic showdown between the two. Maybe she’s the one Kenya is coming for in her IG post?

Season 10 of Real Housewives of Atlanta premieres in November, but Kenya’s marriage may not even be seen on the show. Daly reportedly doesn’t want to appear on the reality series because he doesn’t like the drama or how it portrays black men.