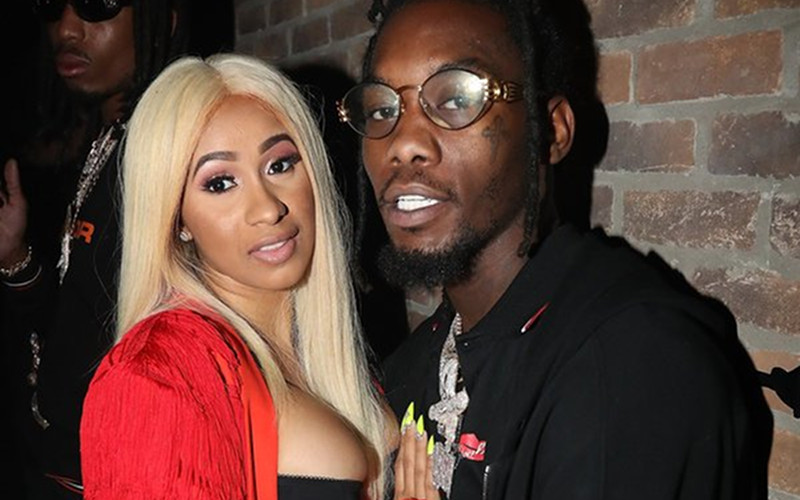 With her single virtually the song of the summer and blowing up the charts, Cardi B is crossing a lot of dreams of her list. But is walking down the aisle next?

Word on the street is that Cardi is newly engaged to boyfriend and Migos member Offset. She was of course forced to face the rumor during interviews at the 2017 VMAs. The rapper cleverly broke out in song when Charlamagne Tha God asked her to set the record straight.

“Does you see a ring on my ring finger? Boy, is you gon’ marry me? Marry me.

“I’m a woman. Every woman, I think, wants to get married and wants to have children. It’s never too early to get married now. You know, if you want to propose to me, you can.”

Though she and Offset are not currently engaged, she’s clearly not opposed to the idea, but admits there’s no pressure on Offset. “I don’t gotta put the pressure, you what I’m saying. I put it down. Ain’t no pressure, baby,” she said.

Walking the carpet in a floor-length white gown, Cardi also confirmed to Us Weekly that she’s not engaged. “Looking like I’m getting married,” she noted of her outfit, “but I’m not there.”

Rumors of the couple possibly being engaged were sparked last week after Offset flaunted a large white and yellow diamond ring on Snapchat. Media Take Out then “confirmed” Offset proposed in private and the couple were waiting for the right time to make a “joint announcement.”

The rap couple has only been together for a few months. But as for right now, it doesn’t seem like they are tying the knot anytime soon.