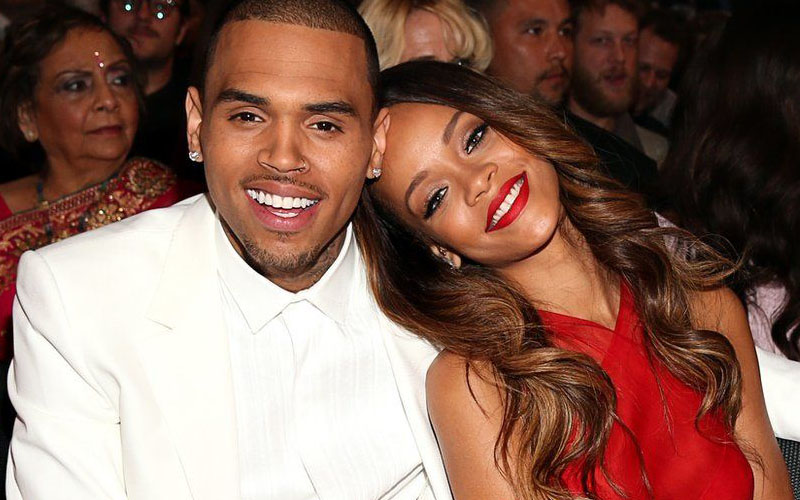 His name is not Usher Raymond, but these are certainly and most definitely Christopher Maurice Brown’s confessions.

As part of his documentary, Welcome to My Life, Chris Brown addressed, in detail and with specificity, the circumstances that led to his assault of his then-girlfriend Rihanna in 2009.

The clip, which was circulating for a while in a Vimeo player, has since been removed, but in the clip, Chris talked about how volatile and abusive Rihanna and Chris were toward each other throughout their relationship. He also addressed the fact that they kept their relationship quiet for about 8 months, until their coming out ceremony, if you will, at the VMAs when they performed together and the chemistry and attraction between the two was undeniable.

But when Brown fessed up to Rihanna that he’d had a sexual relationship with someone who worked for him, the trust broke and the relationship turned toxic, reports The Guardian.

“She hated me after that. I tried everything, she didn’t care. She just didn’t trust me after that,” he said. “From there, it just went downhill because there were too many verbal fights, physical fights as well. Mutual sides… We would fight each other. She would hit me, I would hit her and it never was OK.”

While at first blush, this smacks of Donald Trump-style “both sides are to blame” doublespeak, it jives with what Rihanna said about their relationship in 2009.

“The more in love we became, the more dangerous we became for each other, equally as dangerous,” she said, according to MTV News.

The blow-by-blow details of the night in the Lamborghini provide, for the first time, Chris’ perspective on how things went down that night.

“She’s fighting me, and I’m like: I’m telling you the truth, I swear to God, stop it. She hits me a couple more times, and it doesn’t go from translation: sit down, I’m trying to tell you the truth. It goes to: now I’m finna be me, and be evil… She tried to kick me… and I really hit her, with a closed fist, I punched her. When I saw it, I was in shock, I was like, fuck, why did I hit her. She spit blood in my face – and it raised me even more … She grabbed my nuts, and I bit her arm.” Referring to the picture of her injuries that circulated the media afterwards, he said: “I look back at that picture and I’m just like: that’s not me. I hate it to this day – that’s going to haunt me forever.”

The way in which he narrates the story is in this rambling fashion, which makes it hard to follow. Chris’ thoughts run a thousand miles a minute and he’s wrestling with the pain and truth of what he’s admitting to. A better documentarian might have helped Chris breathe, slow down and explain this in a more eloquent fashion. But since this documentary is essentially a money grab from Team Breezy itself, this is what we get.

Given that this documentary, which is for sale on Chris’ site, is produced by him and his camp, it’s surprising they even devoted this much time discussing and dissecting something that Chris has run away from addressing in public ever again. Remember, in 2011, Chris Brown went Incredible Hulk on the set of GMA because the journalists dared ask him about the incident.

So far, Rihanna has not offered any kind of reaction to Chris’ documentary. She’s too busy selling a collection of socks that bear her likeness on them to worry about Christopher’s feelings.