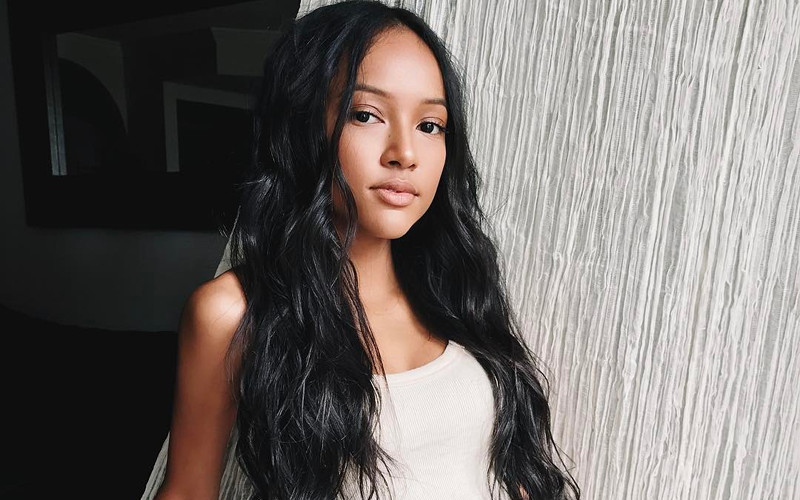 Call it Clapback Monday, because Karrueche Tran was not here for the hate and body shaming she received yesterday (Aug. 14).

The Claws star posted a few photos of herself (in character) wearing a thong bikini over the weekend. However, the post was met with several negative comments about her petite body. Some comments found on The Shade Room’s post on one of the bikini photos include:

Awwww kahoochie [sic] need some meat on them bones hunny”

The body shaming comments were enough to force Tran to delete her photos, but she clapped back on Twitter with a strong stance. “Y’ll shame natural bodies but praise fake ones,” she wrote. “If you don’t have anything nice to say, then don’t say it at all,” she followed up in another tweet.

Point is, constant judgement makes it hard for people to love and accept themselves and that's wrong.

If you don't like what you see then keep it pushing.

If you don't have anything nice to say, then don't say it at all. Keep your negative vibes to yourself.

Any ways I love meeeeeeee and idgaf what y'all gotta say. ? Have a good day y'all ?? pic.twitter.com/pvaA41jNGP

Tran has posted revealing photos in the past, so it’s unclear why these particular bikini shots sparked the body shaming comments. Or maybe she’s gotten them in the past and this Twitter word for her haters was a long time coming. In any case, at least she stood up for herself and made a statement against body shaming.