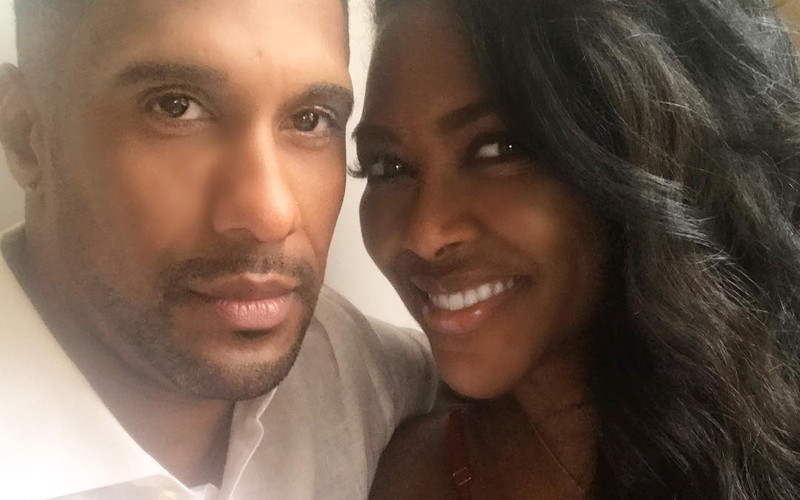 Well it’s about time! In a rare social media move, Kenya Moore has finally given the people what they want: A crystal clear picture of her new husband, Marc Daly.

The Real Housewives of Atlanta star shocked us when she announced she was married in June. We’ve seen some pics of Daly, but because of poor lighting, grainy photos, strategic angles, or shots taken from a distance, we’ve never really gotten a good look at Kenya’s fella — until now!

On Friday (Aug. 11), Kenya wished her husband a happy birthday on Instagram and shared a photo of the two together. She wrote:

“Happy Birthday to my husband my one and only my everything. -Your wife for life #MrsDaly”

Kenya and Daly tied the knot during a private (and secret) ceremony in St. Lucia in June. The two have been dating since December 2016, but actually met over a year ago. Daly is the owner of southern fusion restaurant, SoCo, in Brooklyn and previously worked in finance.

Though I hate to kill the vibe, there is one person who wants to rain on the happy couple’s parade. Even though you can’t comment on Kenya’s photo with her husband, her RHOA nemesis Kim Zolciak-Biermann had to add her two cents. She wrote “Lies” in the comment section of The Shade Room’s post about the photo.

Kenya an Kim are reportedly feuding with each other as they film the 10th season of RHOA. The two recently got into a heated confrontation after Kim insinuated Kenya’s marriage is fake and Kenya shot back by talking about Kim’s kids, which caused Kim’s daughter Brielle Biermann to call Kenya a “dumb ugly evil bitch” on Twitter.

See, this is exactly why Marc Daly reportedly wants nothing to do with Real Housewives of Atlanta. Hopefully, the newlyweds won’t let Kim steal their joy.