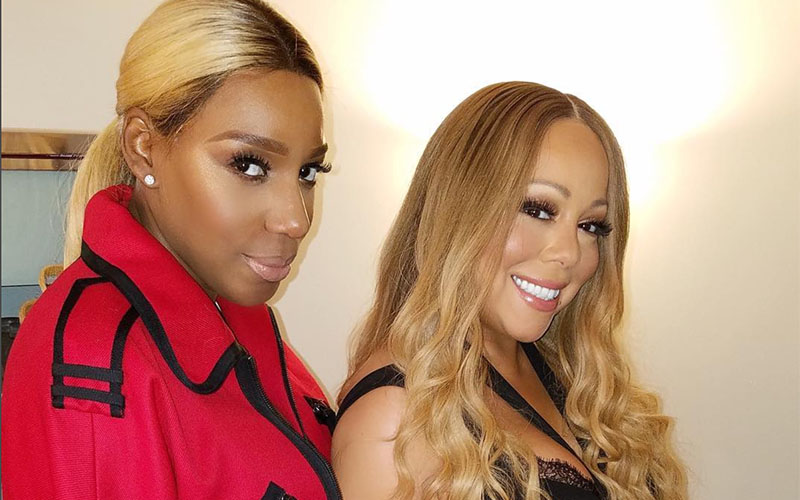 Being a diva isn’t a burden, it’s a choice and a lifestyle. Two women who have successfully crowned themselves queen of the world and gotten away with it are Real Housewives of Atlanta don diva NeNe Leakes and one of the most iconic divas from the ’90s, Mariah Carey.

Somehow, someway, the stars aligned for these two divas to meet, and NeNe Leakes and all of her “fabulousness” got the opportunity to mix and mingle with Mariah Carey’s, as the pop star was in L.A. for a stop on her tour with Lionel Richie.

NeNe posted the flick of her and Mariah going back like babies with pacifiers on her Instagram.

Mariah didn’t return the favor by posting NeNe’s pic and mentioning her on her Instagram account. Well, at least not intentionally. You see, in this picture of her with Tyler Perry and her boy toy Bryan Tanaka, you can see NeNe’s blonde wig and red jacket in the background of their photo. So I guess it counts?

But don’t feel too bad for NeNe, her RHOA gal pal Cynthia Bailey and her old-new friend Marlo Hampton were along for the concert and after party as well and they looked like they had a real good time.

Which hopefully means that Bravo’s cameras were rolling and we’ll see this encounter in some form on a future episode of season 10 of the Real Housewives of Atlanta?

I suppose we’ll have to wait ’til Mimi’s next visit to Andy Cohen’s Watch What Happens Live to see if Mariah “knows her.”

In the meantime, let’s all just imagine that the two of them had a mutually appreciative messy, bitchy chit chat and exchanged Whatsapp info for future group chats.