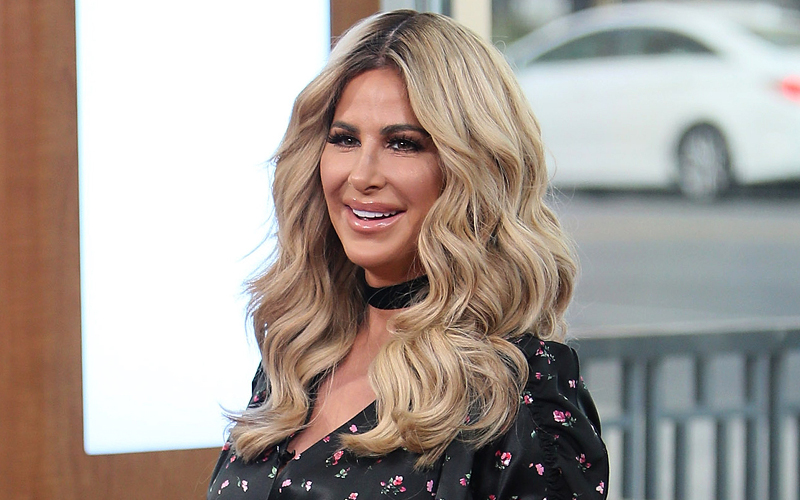 I thought we already knew this, but I guess now it’s officially official. Kim Zolciak-Biermann is returning to The Real Housewives of Atlanta.

The original housewife left the series during season 5 and has since starred in her own spinoff, Don’t Be Tardy… Kim took to Instagram on Tuesday (Jul. 18) to announce her return as a “friend” of the ladies for season 10.

FINALLLY! After many months of negotiations, I’m happy and excited to confirm that as of today my deal is done! I’m coming to play with the ladies over at RHOA. However, since you all have made my OWN show such a huge success, I’ve decided to continue to carry that instead of carrying a peach! See you soon bitches! #CANTWAIT#2ShowsSameNetwork #Blessed#SeeUAtLeastHalfTheSeason.

I honestly thought Kim’s return was already set in stone because she has been in contract negotiations since last year. And it was reported in April that she had signed on the dotted line. Season 10 of RHOA has also already began filming, meaning she really is tardy for the party.

Kim’s frenemy NeNe Leakes will also return to the series as a main housewife. Kenya Moore, Porsha Williams, Cynthia Bailey, Kandi Burruss, and Sheree Whitfield are also expected to return, though the full cast has not been confirmed

Season 10 of Real Housewives of Atlanta is scheduled to premiere sometime in November on Bravo.