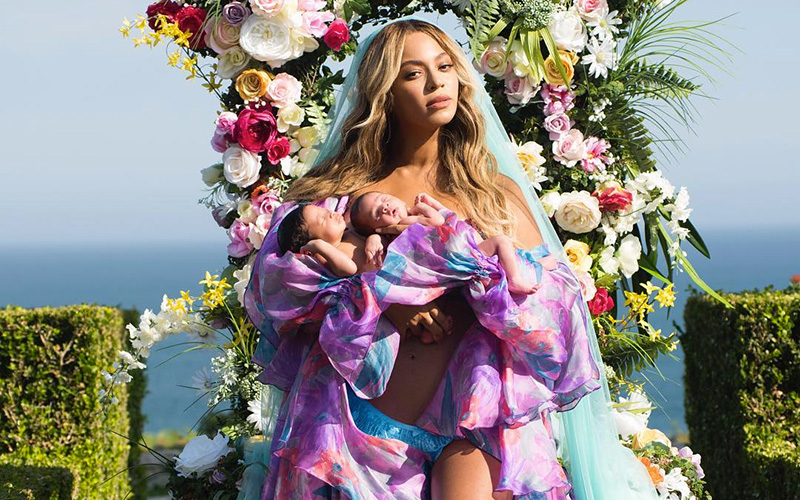 Beyoncé set the Internet on fire late Thursday night (Jul. 13) California time by sharing the first official photo of her and Jay Z’s newborn twins Sir and Rumi Carter, who are one month old as of Thursday, confirming reports that The Carter Twins were born on Tuesday, June 13th.

Within the first hour of her posting the photo on Instagram, it had already amassed nearly 2 million likes, and it will likely break her original record of 11 million likes by day’s end.

The world has been anxiously awaiting official confirmation from Queen Bey since reports (and Mathew Knowles) announced the twins’ birth a month ago.

The family portrait—which looks like it was taken in the backyard of the Malibu mansion Bey and Jay are reportedly renting for the summer—shares the same theme as the maternity shoot Beyoncé used to announce her pregnancy back in February.

You’ll notice that she’s dressed in a lot of blue and pink, possibly confirming the baby’s genders: a boy and a girl.

That photo is currently the most liked photo on Instagram with 11 million likes, however, within the first hour of her posting the photo of the twins, it had already amassed nearly 2 million likes, and will likely break her previous record by day’s end.

The photo’s caption also confirms the twins’ names for the first time after she and Jay Z reportedly filed trademark documents with the U.S. Patent and Trademark Office in late June.