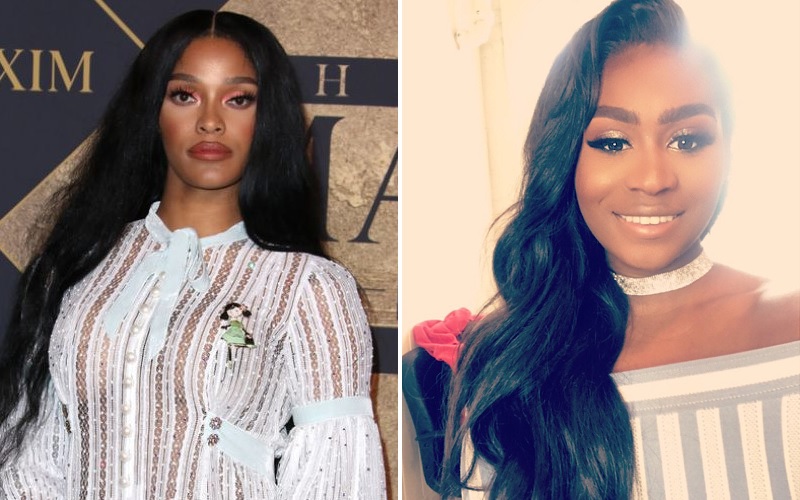 Leave it up to Joseline Hernandez to turn an attempted apology into another insult. The Puerto Rican Princess is currently being dragged on Twitter after calling Stevie J’s 18-year-old daughter a “hoe.”

Joseline doesn’t have the greatest relationship with Stevie’s children, particularly his daughter Savannah. During a conversation with Mimi Faust on Monday’s (Jun. 27) Love & Hip Hop: Atlanta episode, Savannah said Joseline was “toxic” for her father.

“I just hope that our family — me, you, Eva, Sade, Steven, Dorian — all of us can stay together. For the sake of all of us. She’s so toxic to him.”

Joseline responded to the criticism on Twitter Tuesday (Jun. 27) and she some choice words for the 18-year-old.

That hoe mad cause I run her daddy. Now run along and find your own cock to suck. You nappy head ?? https://t.co/ob10pN9r3l

One Twitter user felt the LHHATL star crossed the line by coming for her (almost) step-child and pointed out that she wouldn’t like it if someone treated her newborn, Bonnie Bella, like that. “Step up to the plate girl,” the user wrote.

But Joseline was hearing none of it.

That young lady is 18. She's grown enough to ditch it out she will grown who to take it!! I'm done with this conversation. Back to Reality https://t.co/YXHQ02Di3r

The tweets stirred up Twitter and many were quick to call out Joseline for being in the wrong. With nearly 16K mentions, “Joseline” became a top 10 trending topic.

People really thought joseline changed ??? anybody that can make an accusation of child molestation cause they're "upset" is unchangeable

Savannah : Joseline is toxic to my daddy.
Joseline : When he on top of me he my daddy. MYOB hoe.

Stevie J crazy as hell for allowing Joseline to disrespect his daughter like that , women gone come and go your kids are forever

Joseline, I love you. But today? That was foul, sis. Smh

In a previous episode, Joseline sat down with Stevie and his two oldest daughters Savannah and Sade to apologize how her actions in retaliation to their father have hurt them. (FYI: In case you didn’t know, Joseline said some pretty sick things about Stevie and Mimi’s daughter Eva, who is also Sade and Savannah’s little sister)

However, the “apology” went all the way left, causing Savannah to become upset. Savannah was retelling the encounter to Mimi in Monday’s (Jun. 26) episode.

Unfortunately, Savannah shouldn’t expect an apology anytime soon. In fact, this situation seems to be growing worse by the minute.