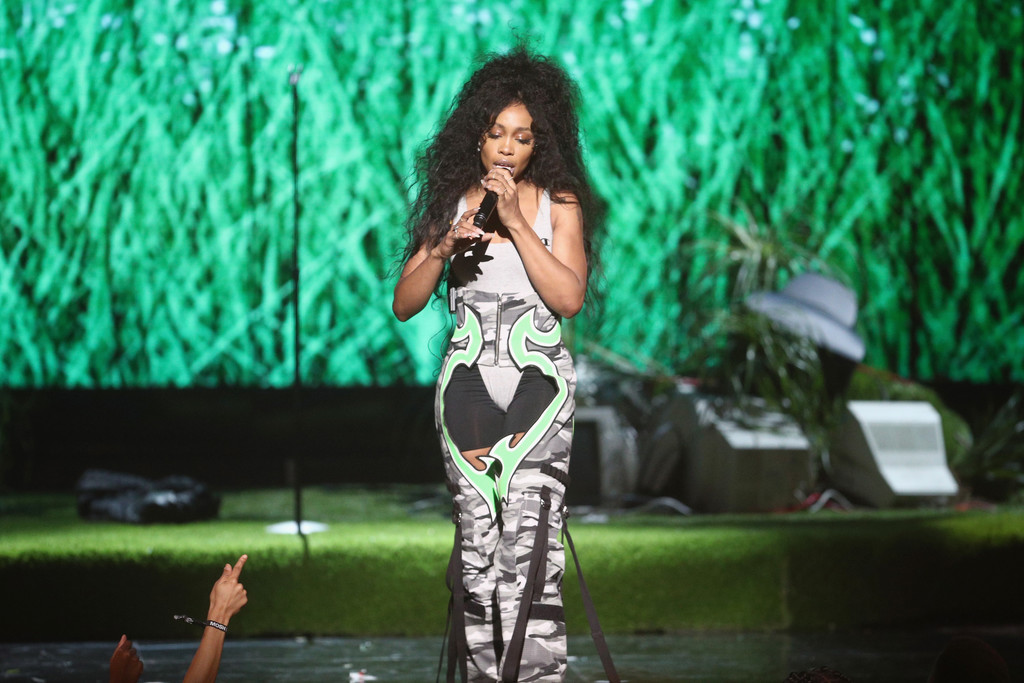 Near the end of the BET Awards, SZA gave the audience a wonderful performance medley of tracks from her recently released album Ctrl.

Despite a bumpy start due to technical difficulties behind the scenes (Sidebar: A BET Awards show is not a BET Awards show without a few obvious snafus), the TDE songstress powered through her performance, singing “Love Galore” (sans Travis Scott) and “The Weekend.”

Following her performance, someone on Twitter compared SZA to Erykah Badu, who seemed to throw a little shade, but quickly explained what she meant.

this might've been shady but anyways nobody will EVER be badu https://t.co/jQBTrApBnI

Ain't no shade . I just said we goin too far. That's my baby. But she's herself. https://t.co/KRIW5waluh