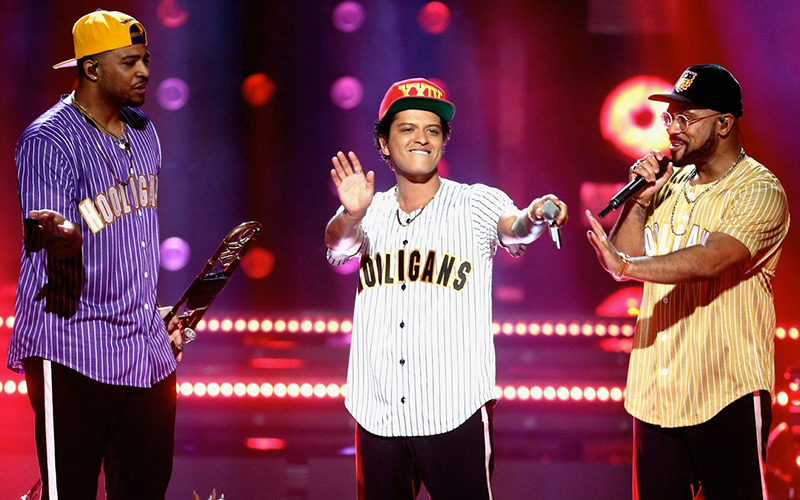 Bruno Mars opened up the 2017 BET Awards with an electrifying performance of “Perm,” a new single from his 24K Magic album. We’re not sure whether or not Mars was actually rocking a perm, but if he was, he sure enough sweated it out by the end of his opening set!

In typical Bruno Mars fashion, he combined his harmonies with some sick dance moves and a little help from the Hooligans. In the middle of his performance, he stopped his set (which felt like a mini-concert) and talked to the crowd, who he caught recording him with their phones.

“You can’t film and dance at the same time. You know they’re filming it, right? You can watch it at home,” he joked. “It’s for your Instagram, right? Well put this on your Instagram!”

Watch Bruno Mars’ opening performance of “Perm” at the 2017 BET Awards below: