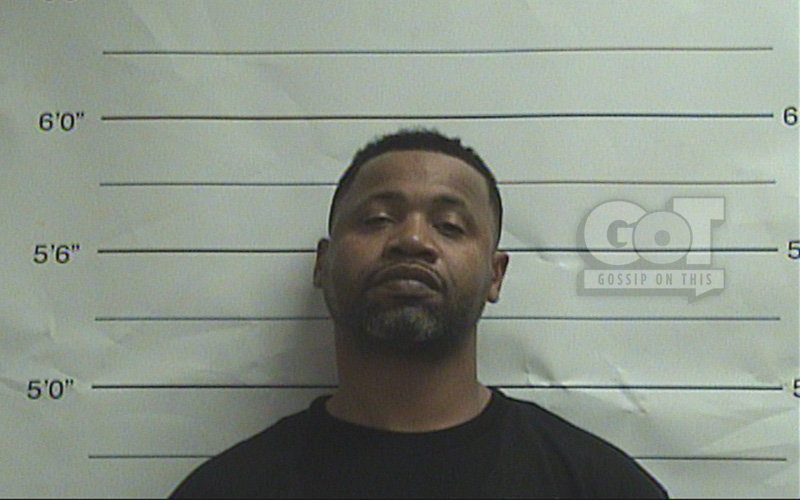 Juvenile spent his father’s day in jail after being arrested in New Orleans, Louisiana over the weekend over his failure to take care of a $150,000 child support debt.

According to the New Orleans Advocate, Civil Court Judge Nakisha Ervin-Knott ruled back in May that Juvie must spend either 30 days behind bars or pay his child support debt to his teenage son’s mother, Dionne Williams.

Court records show that Juvenile owed Williams about $170,000, of which he paid $20,000 back in April, leaving a balance of $150K. Williams also accused Gray of failing to pay more than $71K in child support between 2013 and May 2017, however, the judge hasn’t ruled on that argument, The Advocate reports.

In addition to not taking care of his child support obligations, Williams’ attorney Doug Howard said that Juvie has also skipped several court hearings in the case, leaving the judge no other choice but to send him to jail.

According to The N.O. Advocate, Louisiana judges “have authority to jail people who fail to pay child support, though it is not commonly done because it is more difficult for defendants to gather the money they owe from behind bars.”

However, in cases such as Juvenile’s, where the father clearly has the means to pay up (according to a Google search his net worth is over $2 million), judges typically jail them in an effort to help inspire them to settle their child support debts.

More on Juvenile’s arrest via The Advocate:

Gray had a well-publicized 9 p.m. concert at Southport Hall in Jefferson on Friday. He was taken into custody shortly after completing the show at the venue, two sources with knowledge of the circumstances told The New Orleans Advocate.

Orleans Parish Sheriff’s Office Deputy Warren Woorfork Jr. placed Gray under arrest. His office provides security for the city’s courthouses and is one of the agencies that serves arrest warrants issued by them.

A Jefferson Parish Sheriff’s Office deputy working a detail at Southport Hall was made aware of the warrant out for Gray’s arrest and agreed to participate in the collar, said that agency’s spokesman, Col. John Fortunato.

Howard on Saturday thanked the Sheriff’s Office for jailing Gray, saying, “This shows the system works no matter who you are.”

The attorney whose name is listed as representing Gray said he doesn’t represent the rapper anymore and has filed to withdraw from the case. Gray was scheduled to perform in Houston on Saturday alongside fellow New Orleans rapper Mystikal.

Juvenile is best known as a founding member of the rap supergroup Cash Money Millionaires, who all helped to launch Cash Money Records in the late 1990’s with the multiplatinum album 400 Degreez, which included the legendary New Orleans bounce anthem “Back That Azz Up.”

Juvie, who also teamed up with rappers Lil Wayne, B.G. and Young Turk to form the Hot Boyz, had a #1 hit single as a solo artist in 2004 with the song “Slow Motion.”