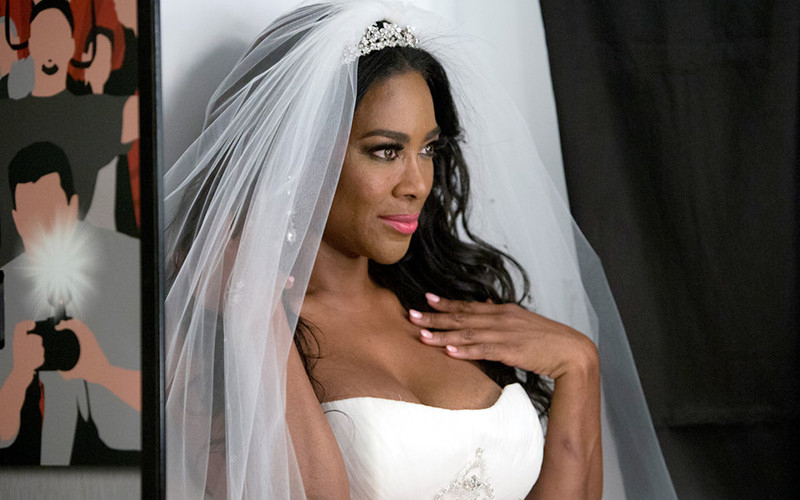 Bravo has confirmed the speculation and People exclusively got the news from the new bride herself.

“I’m just ecstatic! This man is the love of my life and I’m so happy to begin our lives together as husband and wife.” Kenya married her husband over the weekend in a private ceremony in St. Lucia. Only the former Miss USA’s closest friends and family attended the nuptials. The two met a year ago and have been dating for about eight months.

Kenya has been desperate to snatch a husband and have a baby on Real Housewives of Atlanta. However, don’t expect her marriage to be broadcast on the show. Her new boo is reportedly “disturbed” by her reality show drama and wants nothing to do with RHOA. It’s probably for the best as reality TV has been known to ruin marriages.

Even though Kenya loves to be front and center, her groom is a mystery. We don’t know his name or what he looks like. People described him as a businessman. He’s reportedly around Kenya’s age and has adult children.

News of Kenya’s wedding was first reported earlier this week by blogger Tamara Tattles, but it couldn’t be confirmed. Kenya also shared hints on Instagram by posting pictures of her beach getaway. We wish the new couple well.