GOSSIPONTHIS.COM TV Was Adam West the Voice of the Mayor on Family Guy? 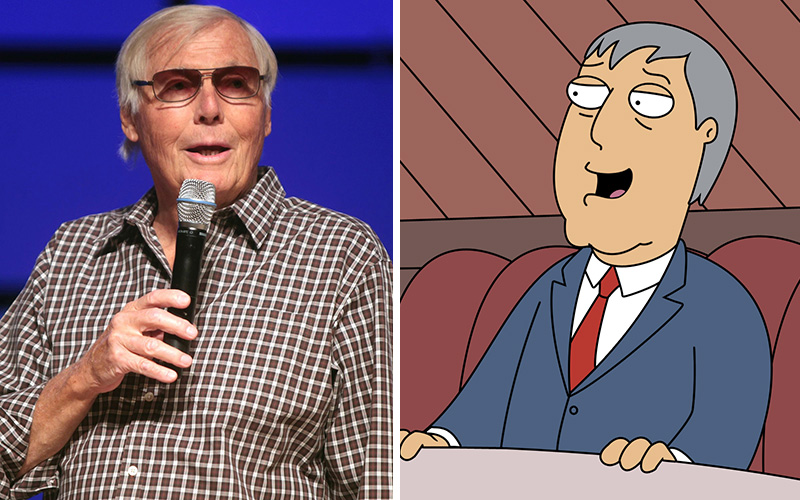 In the early days of television, Adam West starred as the titular character on one of the earliest iterations of the “Batman” franchise.

West played the role of Bruce Wayne/Batman for a total of three seasons (120 episodes), from 1966 to 1968. But fans of modern-day TV know Adam West best for playing himself on Family Guy.

West died in Los Angeles at the age of 88 on June 9th after a short battle with leukemia, TMZ reported, and one place that the legendary actor will be missed is in the fictional town of Quahog.

He has been voicing the role of of “Mayor Adam West” (himself) since 2000, just one year after the show premiered on Fox. According to IMDB, he appeared in over 100 episodes, and his last appearance was on the May 21st episode, “Dearly Deported.”

West’s role as the mayor of Quahog on Family Guy was a tongue-in-cheek reference to Clint Eastwood’s time as the mayor of Carmel in California during the 1980s. West played an exaggerated version of himself on the show and the character seemingly mocked the actor’s apparent eccentricities.

Seth MacFarlane, the creator of Family Guy, first met Adam West when the pair worked together on the Cartoon Network series Johnny Bravo. MacFarlane explained why he chose West to play the mayor of Quahog in a January 2005 interview with the AV Club:

I wrote on a show called Johnny Bravo when I was at Hanna-Barbera, and he guest-starred as himself. He was so funny, and he’s got this way about him. I think he likes playing into what he’s known for, even on a casual basis. He’s a really fun guy to work with, and genuinely gets comedy.

It’s not the type of situation where you just bring somebody in to make fun of themselves. The character we’ve created is kind of this alternate-universe Adam West where he’s mayor of this town, and we deliberately have not made any references to Batman, because we like keeping that separate. It’s the obvious place to go. We tried it, we thought it would be funny to do something different with the mayor of this town.

People like Clint Eastwood and Martin Sheen who have taken whacks at this sort of thing–there’s a precedent for it, actors getting into politics. He’s the mayor, but he’s this guy who clearly does not have it all together. The first couple episodes we did, we got a great response from fans in their teens, who I can’t imagine, necessarily, know who he is from the old Batman show.

He’s one of the characters we get the most requests for more of. It’s nice, because to me it means we’ve built a funny character around him that doesn’t just play off of the fact that he’s a celebrity. He’s playing himself, but he’s not playing himself.

West explained to IGN how he snagged the iconic role in an April 2012 interview:

I had done a pilot with Seth [MacFarlane] that he had written for me. It turned out we had the same kind of comic sensibilities, and got along well. When Family Guy came around and Seth became brilliantly successful, he decided to call me and see what I was doing, He asked if I would like to come aboard as the Mayor, and I thought it would be neat to do something sort of absurd and fun.

West went on to joke in the interview that the people behind the show “abuse” him. He said, “They beat on me in the recording room, screaming “More! More! More!”

He also said that the show’s creators/writers/producers allow him to improvise as needed. “The wonderful thing with some of the things I’ve done – most of them, really – is to be trusted,” he siad. “To be able to do your thing, to work on it, hone it into my gem of creativity!”

Asked about his favorite role on the show, the acting legend revealed, “I think any episode that allows me to really run with something absurd or ludicrous, or inventive is great.” 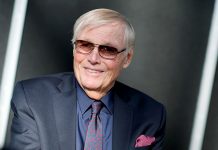 Adam West Cause of Death: How Did the “Batman” & “Family Guy” Star Die?