GOSSIPONTHIS.COM TV Tommie Says She Won’t Be on Next Season of Love & Hip... 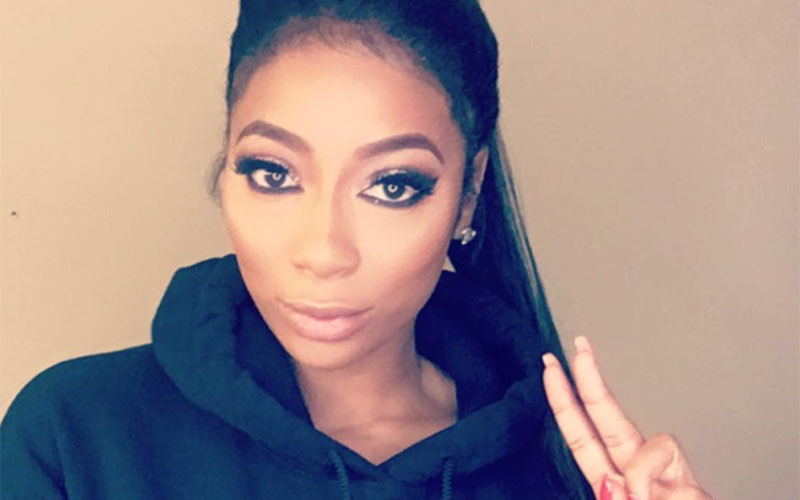 The resident drunk, rowdy, ratchet chick on Love & Hip Hop Atlanta is about to throw up the deuces to her gig with Mona Scott-Young, according to a recent rant on Instagram Live.

Tommie Lee — who made her debut as the girlfriend of Scrapp, a wannabe rapper who’s the son of criminal mastermind Karen “KK” King — has been on the last three seasons of LHHATL. Since her introduction on the series, Tommie has been an obnoxious, aggressive, quarrelsome, belligerent drunk.

She has scrapped repeatedly with Joseline Hernandez and most recently, she’s carried her combative character to her mother, as the two fought heartedly at the beginning of the sixth season after Tommie came home from jail.

Recently, Tommie took to her Instagram Live to rant and ramble, and among the many insights she revealed, she stated that this season of LHHATL would be her last and that she wouldn’t be returning next season.

To Tommie’s credit, the reason for her pulling out of the show is because of the deteriorated relationship with her mother, which she attributes to her being on the show. Which is understandable, but real talk, Tommie’s departure from the show will hardly be a blip on the radar. Despite how much she fought with Joseline, she never commanded the attention and fanfare that the Puerto Rican Princess did so her absence is unlikely to be that deeply felt.

As it is, it feels like they’re squeezing Tommie into this season when she doesn’t even really fit in with the rest of the cast.

Interestingly, even though Tommie says she doesn’t need the LHHATL platform to make it, she later posted two flyers promoting her Memorial Day Weekend club appearances which touted her LHHATL stardom.

Maybe she’s giving herself a few months (or years) to wean herself off of Mona’s teet?